Items related to Behind the Door of Delusion

Behind the Door of Delusion 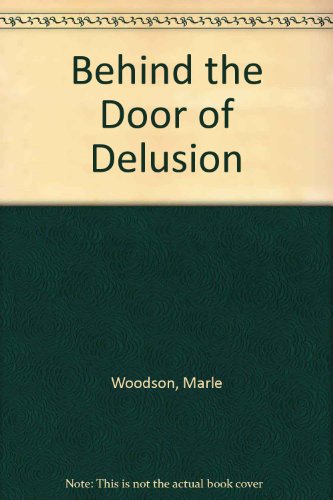 Behind the Door of Delusion is the memoir of a journalist whose friends committed him to an Oklahoma mental hospital in the early 1930s in a desperate attempt to cure him of alcoholism. It is a powerful and uncommon social commentary on Depression-era America that provides insight into political and economic forces affecting a neglected underclass.
First published in 1932, the book was attributed to "Inmate Ward 8," posing few problems for eastern book reviewers who cared nothing about the author but wished merely to attack or defend modern psychiatric practices. West of the Mississippi, however, the identity of "Inmate Ward 8" was better known, inasmuch as journalists who reviewed the book recognized the author as one of their own.
The inmate was Marle Woodson, a brilliant scholar and versatile athlete in college, a man who became one of the nation's youngest college presidents before launching an impressive journalism career.
For all its merit as a social document, its value as history or literature, Beyond the Door of Delusion mirrors tragedy in more ways than one - through Marle Woodson's vignettes of fellow inmates and through Woodson's reflection on his own life and the prospects for his future.

1. Behind the Door of Delusion

2. Behind the Door of Delusion