Items related to The Price of Experience: Power, Money, Image, and Murder...

The Price of Experience: Power, Money, Image, and Murder in Los Angeles 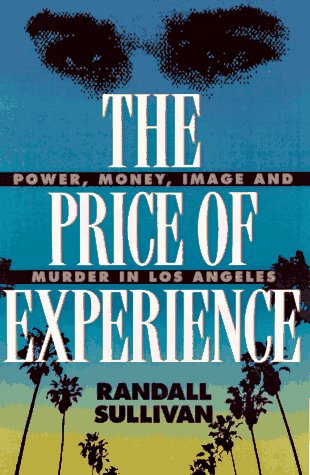 An account of the exploits of Joe Hunt and his organization tells of millions won and lost, cold-blooded murder, unquestioned loyalty to an amoral leader, and clever circumventing of the legal system

When it first came to the public's attention in the fall of 1986, the story of the Billionaire Boys Club and its leader, Joe Hunt, a young man labeled by his prosecutor a "yuppie Charles Manson," was splashed across headlines and TV screens throughout the nation. The story's surface of rich kids, flagrant excess, and multiple murders fascinated the American public, but deeper truths lay buried beneath the intricate details of a saga so complex that neither its scope nor its implications could be clearly discerned--that is, until now. Eight years in the making, The Price of Experience finally reveals, in an utterly gripping narrative, the whole story.

A scholarship student with a strange father and a mysterious background, Joe was socially shunned at the ultra-elite Harvard School in Los Angeles. By age twenty, however, Joe had made and lost $14 million on Chicago's commodities exchange. Back in L.A., he dazzled former classmates with his power and confidence, assembling them into BBC Consolidated of North America, Inc.--part corporate empire and part private social club. Joe convinced the children of L.A.'s most powerful families that all the wealth, status, and power in the world was theirs for the taking. They gave him their trust funds and a loyalty he transformed into cultish devotion. Hunt and the BBC became the talk of L.A.--not only for the meteoric rise that brought them control of more than $100 million in assets, but for the grisly murders connected to the group.

First Joe and another BBC member murdered the fabulous con man Ron Levin, trying to collect $1.5 million Levin owed them on a commodities deal. Then Joe allegedly masterminded a chilling scheme to kidnap a wealthy Iranian expatriate and torture him to death as they forced him to sign his assets over to his son, a BBC member. As the group's deadly momentum increased and its business dealings spun out of control, BBC members began to talk, and eventually Hunt and four others were arrested on two counts of murder. Joe was convicted of the death of Ron Levin and dispatched to Folsom Prison to serve a sentence of life without parole.

He was far from finished, however. From his jail cell Hunt mounted an exhaustive three-and-a-half year effort to combat the second murder charge, which resulted in the longest and most expensive trial in San Mateo County history.

Hunt is now back in Los Angeles preparing the defense case for a spring 1996 trial where his conviction in the Levin murder may be overturned; meanwhile, new evidence has come to light (revealed here for the first time) that may link Joe to a third murder--committed while he was released on bail.

From an award-winning journalist, this is a landmark true-crime book with a diabolical, but almost irresistibly seductive, genius at its center. The Price of Experience captures perfectly the greed and decadence that defined the 1980s, presenting a vision of Los Angeles that will burn forever in the minds of its readers.

"Sullivan's riveting tale is amazingly detailed and artfully presented.... You can hardly turn the pages fast enough. This is contemporary history brilliantly written."--Playboy

"The Price of Experience is a tour-de-force tear through the avarice of Los Angeles and Reagan's America. Sullivan's reportage is extraordinary, his narrative enthralling."--Rolling Stone

"Sullivan has done what every aspiring true crime writer hopes to do: He has crossed the line from titillation into cultural history."--Los Angeles Times

"Randall Sullivan...tells a story of sociopathic greed, pie-eyed gullibility and sheer incompetence of criminals and of their lawyers and prosecutors.... [T]he pages seem to turn themselves."--Boston Globe

"Randall's book will be the landmark true-crime book of this decade."--Cleveland Plain Dealer

"A 700-page expose that includes all the riveting details of this emblematic L.A. tale. A scary primer on the greed decade."--Buzz

Randall Sullivan has written for Rolling Stone, Esquire, and other magazines.

This exceptionally captivating narrative, tracing the glittering rise and bloody fall of the Billionaire Boys Club, lives up to its subtitle's lofty, lurid promise. Joe Gamsky, a latter-day Jay Gatsby, grew up poor but smart enough to win a scholarship to L.A.'s posh Harvard School. Joe became friendly with schoolmate Dean Karny, and the two remained close after Joe (who changed his last name to Hunt) began a stint as a trader in Chicago. After losing millions on speculative trades and being expelled from the Mercantile Exchange, he rebounded, starting a new venture in Los Angeles, the Billionaire Boys Club, with Karny. The two attracted their richest friends from the Harvard School, and soon money was pouring into the BBC coffers for the stated purposes of technological research and investment. Sullivan (whose 1986 Esquire article on Hunt was the origin of this book) expertly details the grand ambitions of the BBC, which seemed achievable for a time. But the boys were greedy, as they candidly admitted to Sullivan; and Hunt's ability to manipulate their parents, along with his Ponzi and pyramid schemes, relied on a constant influx of cash. When Hunt matched wits with Ron Levin, a far superior con artist, the BBC was doomed. Karny provides fascinating details about the BBC's slide into a total amorality, rooted in avarice and almost cultlike devotion to the emotionally contained but charismatic Hunt. The result was the murder of Levin and two others. This archetypal L.A. story, set against the waning '80s, takes a further twist when Karny enters the Witness Protection Program, sending Hunt and other BBC members to jail for life. But Hunt has already gained what amounts to an acquittal on one murder charge, and he is fighting for a new trial on his outstanding convictions. Thoroughly researched and compulsively readable, an essential entry in the true-crime canon. (First printing of 50,000; $50,000 ad/promo; author tour) -- Copyright ©1996, Kirkus Associates, LP. All rights reserved.

1. The Price of Experience: Power, Money, Image, and Murder in Los Angeles

2. The Price of Experience: Power, Money, Image, and Murder in Los Angeles

3. The Price of Experience: Power, Money, Image, and Murder in Los Angeles