Items related to Two Centuries of Lewis and Clark: Reflections on the...

Two Centuries of Lewis and Clark: Reflections on the Voyage of Discovery 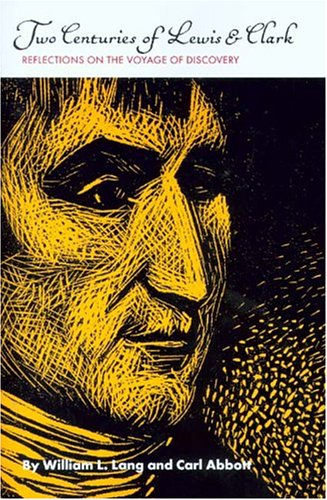 The landscape encountered by the Corps of Discovery during their multi-year, cross- country trek to the Pacific was dramatically different from the one that greeted visitors attending Portland’s Lewis and Clark Centennial Exposition in 1905 or the one that exists in the Pacific Northwest today. On the occasion of the bicentennial of the Lewis and Clark expedition and the centennial of the Lewis and Clark Centennial Exposition, the time is ripe for reconciling those earlier events with present-day activities.

In Two Centuries of Lewis and Clark, William L. Lang and Carl Abbott have collaborated to address those issues. Lang scrutinizes the motivations for the Lewis and Clark expedition and the environmental ramifications of its discoveries on the people and the landscape of the Columbia River Basin. Abbott examines the ways in which the Lewis and Clark Exposition advanced President Jefferson’s goal of developing the economic potential of the Pacific Northwest, particularly through the exploitation of the region’s abundant natural resources.

William L. Lang is professor of history at Portland State University; he is the author of a number of books including A Confederacy of Ambition: William Winlock Miller and the Making of Washington Territory. Carl Abbott is professor of urban studies and planning at Portland State University and author of several books, among them The Metropolitan Frontier: Cities in the Modern American West.

1. Two Centuries Of Lewis And Clark: Reflections On The Voyage Of Discovery

2. TWO CENTURIES OF LEWIS AND CLARK