Items related to The Alteration 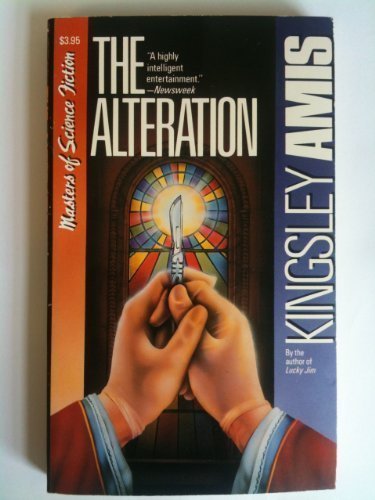 Taking part in the 1976 requiem for Stephen III of England, a boy soprano is unaware that his faultless voice has led his elders to select him as a castrato

KINGSLEY AMIS was born in south London in 1922 and was educated at the City of London School and St John's College, Oxford. After the publication of Lucky Jim in 1954, Kingsley Amis wrote over twenty novels, including The Alteration, winner of the John W. Campbell Memorial Award, The Old Devils , winner of the Booker Prize in 1986, and The Biographer's Moustache, which was to be his last book. He also wrote on politics, education, language, films, television, restaurants and drink. Kingsley Amis was awarded the CBE in 1981 and received a knighthood in 1990. He died in October 1995.

Buy Used
Binding, covers and pages are in... Learn more about this copy

Book Description Carroll & Graf Publishers September 1988, 1988. Paper Back. Condition: Used - Good. Binding, covers and pages are in good condition. This means there is a small amount of wear, creases and/or scuffing. Front cover has creaases and wrinkles at the corners. We are a Howard Co., Maryland-based brick-and-mortar store with over 20,000 volumes. Satisfaction Guaranteed!! NOTE: International shipping may be subject to additional charges. Seller Inventory # 217913

Book Description Carroll & Graf Pub, 1988. Condition: Good. A+ Customer service! Satisfaction Guaranteed! Book is in Used-Good condition. Pages and cover are clean and intact. Used items may not include supplementary materials such as CDs or access codes. May show signs of minor shelf wear and contain limited notes and highlighting. Seller Inventory # 0881844322-2-4