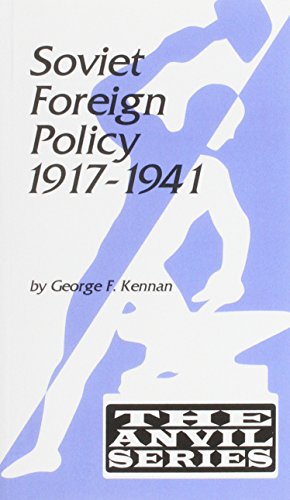 George F. Kennan, former United States ambassador to the Soviet Union and a leading authority on Soviet affairs, traces Soviet foreign policy from the moment of the Bolshevik seizure of power in 1917 to the involvement of Russia in the Second World War. Professor Kennan explores the political and personal motivations of the Soviet leaders, the nature of the policies they pursued, and the significance of their actions.