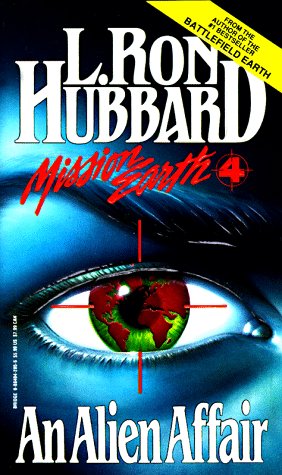 "The interstellar Voltar Confederacy has targeted Earth for eventual, routine takeover, but the timetable is upset, first by the threat of Erath's soon becoming overpolluted and unusable and, second, by ruthless Voltar spy chief Lombar Hisst, who sees the plan as a key to his play to make himself emperor."--Publishers Weekly. HC: Bridge.

With 19 New York Times bestsellers and more than 230 million copies of his works in circulation, L. Ron Hubbard is among the most acclaimed and widely read authors of our time. As a leading light of American Pulp Fiction through the 1930s and '40s, he is further among the most influential authors of the modern age. Indeed, from Ray Bradbury to Stephen King, there is scarcely a master of imaginative tales who has not paid tribute to L. Ron Hubbard.

“I am amazed, and indeed, overwhelmed by his energy.” —ARTHUR C. CLARKE

“Delivers all the entertainment anybody could ask for.” —NEW YORK NEWSDAY

“The granddaddy of all series.” —LOS ANGELES TIMES