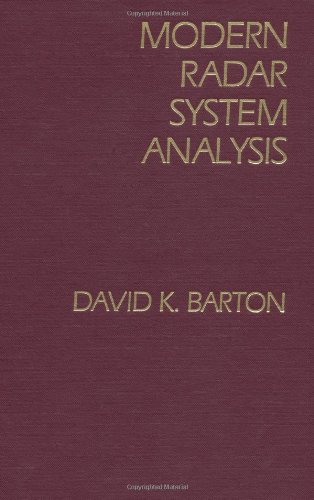 This book presents the basic principles, analyses, design formulas, and characteristics of various fin-line configurations. You'll find summaries of hundreds of rigorous formulas as well as approximate closed-form expressions, which can be readily programmed to generate design data for any structure.

David K. Barton is a consultant on radar systems, recently retired from ANRO Engineering, Inc., of Hudson, Massachusetts. Since 1975, he has been the series editor of Artech House's highly successful Radar series. Holder of the IEEE's Centennial Medal, Millennium Medal, and Dennis J. Picard Medal, he is widely regarded throughout the world as a leading authority on radar technology. He is the author of Radar System Analysis and Modeling (Artech House, 2004) and the co-editor of Radar Technology Encyclopedia, CD-ROM Edition (Artech House, 1999), among other publications.