Items related to Wall Street and the Rise of Hitler

Sutton, Antony C. Wall Street and the Rise of Hitler 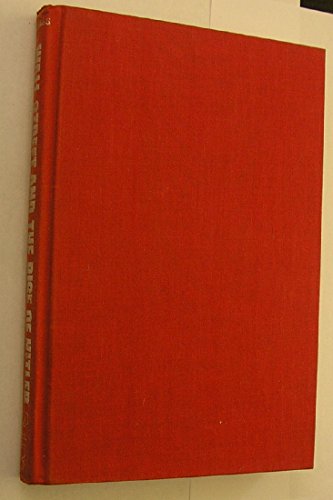 This is the third and final volume of a trilogy describing the role of the American corporate socialists, otherwise known as the Wall Street financial elite or the Eastern Liberal Establishment, in three significant twentieth-century historical events: the 1917 Lenin-Trotsky Revolution in Russia, the 1933 election of Franklin D. Roosevelt in the United States, and the 1933 seizure of power by Adolf Hitler in Germany.

Contemporary academic histories, with perhaps the sole exception of Carroll Quigley's Tragedy And Hope, ignore this evidence. On the other hand, it is understandable that universities and research organizations, dependent on financial aid from foundations that are controlled by this same New York financial elite, would hardly want to support and to publish research on these aspects of international politics. The bravest of trustees is unlikely to bite the hand that feeds his organization.

It is also eminently clear from the evidence in this trilogy that "public-spirited businessmen" do not journey to Washington as lobbyists and administrators in order to serve the United States. They are in Washington to serve their own profit-maximizing interests. Their purpose is not to further a competitive, free-market economy, but to manipulate a politicized regime, call it what you will, to their own advantage.

It is business manipulation of Hitler's accession to power in March 1933 that is the topic of Wall Street and the Rise of Hitler.

Antony C. Sutton (1925-2002) was born in London and educated at the universities of London, Gottingen and California. He was a Research Fellow at the Hoover Institution for War, Revolution, and Peace at Stanford, California, from 1968 to 1973, and later an Economics Professor at California State University, Los Angeles. He is the author of 25 books, including the major three-volume study Western Technology and Soviet Economic Development.

'Sutton comes to conclusions that are uncomfortable for many businessmen and economists. For this reason his work tends to be either dismissed out of hand as extremeA" or, more often, simply ignored.' - Richard Pipes, Baird Professor Emeritus of History, Harvard University (quoted from Survival Is Not Enough: Soviet Realities and America's Future)