Items related to I Believe in Visions (Faith Library Publications) 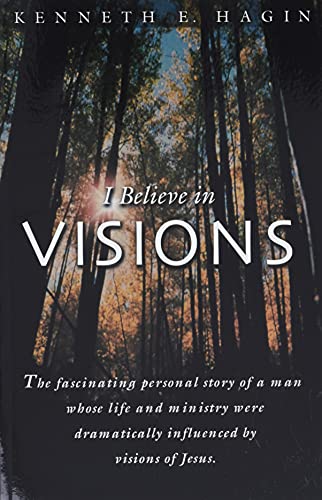 I Believe in Visions: The Fascinating Personal Story of a Man Whose Life and Ministry Have Been Dramatically Influenced by Visions of Jesus (Faith Library Publications)

Kenneth E Hagin describes in fascinating detail all of his major visions of Jesus in the book I Believe i Visions. These visions have dramtically influenced Rev. Hagin's half century of ministry.

The ministry of Kenneth E. Hagin has spanned more than 60 years since God miraculously healed him of a deformed heart and incurable blood disease at the age of 17. Today the scope of Kenneth Hagin Ministries is worldwide. The ministry's radio program, "Faith Seminar of the Air", is heard coast to coast in the U. S. and reaches more than 100 nations. Other outreaches include: The Word of Faith, a free monthly magazine; crusades, conducted nationwide; RHEMA Correspondence Bible School; RHEMA Bible Training Center; RHEMA Alumni Association International; and a prison ministry.

I Believe in Visions

I Believe in Visions (Paperback)