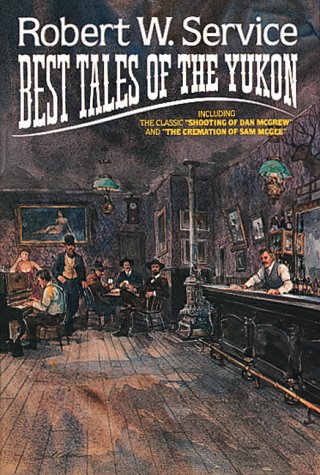 In 1904, the Canadian Bank of Commerce transferred teller Robert W. Service to the Yukon Territory. Soon, he was famous as the poet who chronicled the Klondike gold rush and the savage beauty of the frozen north. His tales of hard-bitten propectors and sourdoughs in "The Land God Forgot" make vivid, exciting reading. Here are all the brawling, colorful characters that Service immortalized, including One-Eyed Mike, Dangerous Dan McGrew, Pious Pete, Blasphemous Bill -- and, of course, the lady known as Lou.

Robert William Service (1874–1958) was a poet and writer, sometimes referred to as "the Bard of the Yukon". He is best-known for his writings on the Canadian North, including the poems "The Shooting of Dan McGrew", "The Law of the Yukon", and "The Cremation of Sam McGee". His writing was so expressive that his readers took him for a hard-bitten old Klondike prospector, not the later-arriving bank clerk he actually was. In addition to his Yukon works, Service also wrote poetry set in locales as diverse as South Africa, Afghanistan, and New Zealand. His writing has a decidedly British Empire point of view.