Items related to On the Divine Images: 3 Apologies Against Those Who... 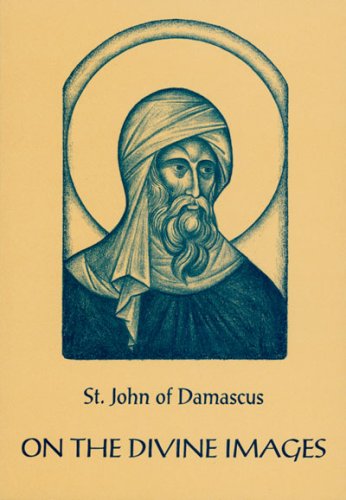 St John of Damascus wrote these three treaties Against Those Who Attack the Divine Images in response to the iconoclastic heresy of the eighth century, which violently rejected the veneration of images. He accomplishes the important task of reminding the Church that the use of images is a necessary safeguard of the central doctrine of the Christian faith: the Incarnation. In Jesus Christ, God became Man. He Who is immaterial became material and can therefore be depicted.

St John's message remains pertinent today, for there are still those who regard images with suspicion or else take refuge in various pseudo-spiritualities that deny any value or significance to the material. This new translation into modern English makes these important treatises available for the first time to scholar and layman alike.

On the Divine Images is part of the POPULAR PATRISTIC SERIES.

3. ON THE DIVINE IMAGES: 3 APOLOGIE

4. ON THE DIVINE IMAGES: 3 APOLOGIE