Items related to The Manager's Tale 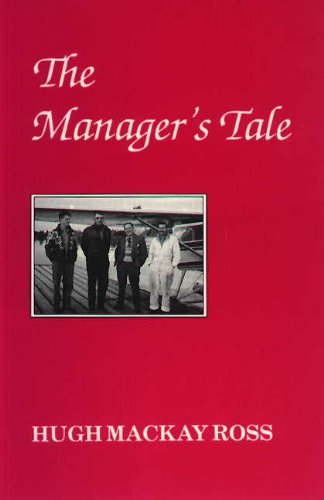 With his appointment to Manager of the Saskatchewan District in 1948, Hugh Ross provides a rare look at the fur trade in northern Saskatchewan fifty years ago. He travels by bush plane to deal with the problems of fire, illness, and human foibles, the grading of furs and the collection of debt. A story researched with care and told with the human touch of a born raconteur.

Hugh Mackay Ross was born in Rothes and educated at Elgin Academy, Morayshire, Scotland. In 1930, at the age of 18, he joined the Hudson's Bay Company and sailed for Canada. His first posting was to Grassy Narrows in Northern Ontario where the Ojibway taught him their language and survival skills. After his apprenticeship, he worked his way up to Manager of Grassy Narrows and then the Bear Island Store in Temagami, ON. He then became manager of the Saskatchewan district. He retired in 1977 as an Administrative Assistant to the Company's General Manager.

Book Description Condition: Good. A+ Customer service! Satisfaction Guaranteed! Book is in Used-Good condition. Pages and cover are clean and intact. Used items may not include supplementary materials such as CDs or access codes. May show signs of minor shelf wear and contain limited notes and highlighting. Seller Inventory # 0920486304-2-4

Book Description Condition: fine. 1st Paperback Edition. (12), 247pp. Octavo. Original pictorial softcover. Illustrated with B/W photos in text and maps. fine Inscribed and signed by Ross on half titlepage. A story about the fur trade in Northern Saskatchewan in the 1940's. Seller Inventory # 131034