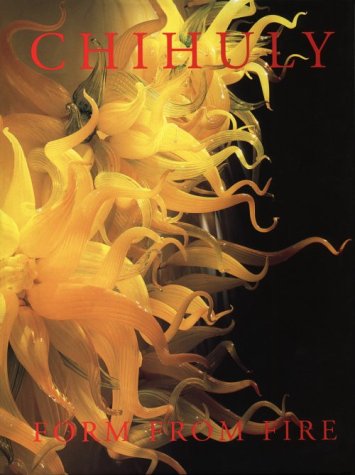 "Chihuly's originality lies in his refusal to believe that there are fixed rules that must be adhered to," wrote the late Henry Geldzahler, former curator of contemporary art of New York's Metropolitan Museum, in his essay for "Chihuly Form From Fire." Accompanying the artist's traveling retrospective, the 144-page book documents 10 of Chihuly's rule-breaking series from the Baskets, begun in the late 1970s, through the Pilchuck Stumps of 1992. Painter and art critic Walter Darby Bannard introduces the volume, which is more inclusive than a typical exhibition catalog, with a personal response to Chihuly and his glass. Seventy-five full-color reproductions and commentary on the individual series by the artist and noted authorities provide a visual and verbal overview of the artist's career. "Chihuly Form From Fire" offers a definitive look at "Chihuly As of 1993," as Geldzahler titled his provocative essay in which he asserts that Chihuly "does go over the top at times."

"Chihuly's originality lies in his refusal to believe that there are fixed rules that must be adhered to. . . . within the confines of his craft, he sees no boundaries."