Items related to A Mantis Carol 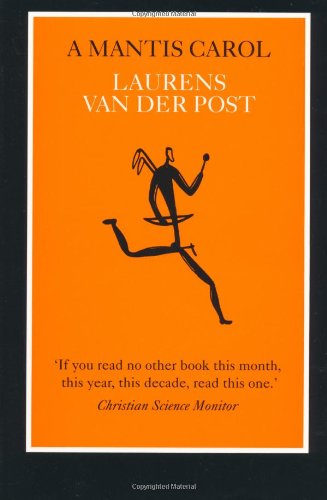 Laurens van der Post was born in South Africa in 1906, the thirteenth of fifteen children in a family of Dutch and French Huguenot origins. He grew up in the heart of Bushman country, a thousand miles from the sea, before going on a long voyage to Japan that was a to prove a formative experience and vital in later life. He settled in England in the 1930s, writing and farming until the outbreak of the war, when he joined the British army and served with distinction in the Western Desert, Abyssinia, Burma and the Far East. Taken prisoner by the Japanese, he was held in captivity for three years before returning to active service as a member of Lord Mountbatten's staff in Indonesia and, later, as military attache to the British minister in Java. Since 1949 he has taken part in many official expeditions and missions to Africa, and his journey in search of the Bushmen in 1957 formed the basis of his famous documentary film, 'The Lost World of the Kalahari'. Other television films he has made include 'A Region of Shadow', 'All Africa Within Us'. And a three-part series on the life and work of Carl Gustav Jung, whom he met after the war and grew to know as a close personal friend. The highly acclaimed film 'Merry Christmas, Mr Lawrence', released in 1983, was based on his book The Seed and the Sower. Laurens van der Post was awarded the C.B.E for services in the field, and in 1980 he was knighted. With his wife, Ingaret Giffard, Sir Laurens divides his time in England between his home in Chelsea and a cottage in Suffolk.