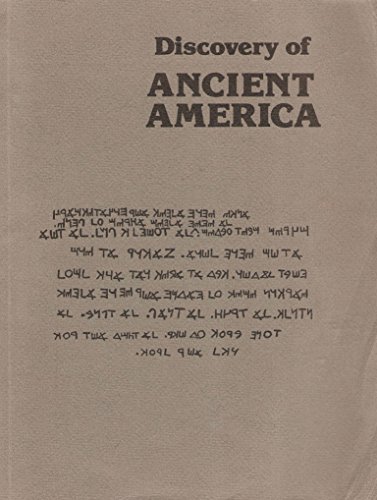 Author: David Allen Deal On the right bank of the Rio Puercos some thirty miles southwest of Albuquerque in the brown barren waste of Valencia County New Mexico stands a volcanic mesa. The people in the general area call it "Hidden Mountain" or Mystery Mountain" but the Indians retain its more ancient title "Cerro Los Moqujino" ("Cliff of the Strange Writings"). These names aptly apply for upon its slopes a secret is revealed that if accepted would change the basic concepts upon which ancient American history is built. Few even dare its challenge. Nevertheless the emerging evidence compels us to conclude that this wilderness region was in ancient times visited by adventurers from the middle East.... The paragraph above is the author's introduction to this book which describes the exciting results of his years of study and research in the "Hidden Mountain" area. His conclusions considered highly controversial in some quarters are nevertheless if true of tremendous importance. He is thor