Items related to For Voice (Discoveries) 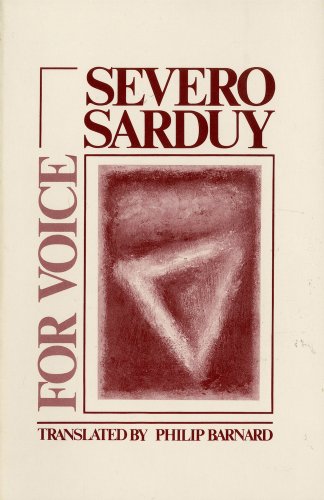 A unique collection by a notable contributor to Cuban literary history, this book includes four radio-plays in translation: The Beach, Fall, Re-cite, and The Ant-Killers. Radio-plays are an infrequently explored medium that attempt to adapt the concerns of contemporary literature to radio-drama, and the unique challenges presented therein help make this collection especially interesting and solidify its lasting pertinence in the canon of Cuban writing. French-influenced and experimental, these plays were written between the mid-1960s and 1970s and garnered several of the top awards for radio-drama in Europe. The book also includes a translator's preface, a chronology, and helpful notes on how to best read them.

Severo Sarduy was a Cuban poet, author, and playwright, and is considered one the best-known Cuban writers and intellectuals of the 20th century. Philip Barnard is an award-winning professor at the University of Kansas and the coeditor of a series by Charles Brockden Brown. He lives in the Lawrence area of Kansas.