Items related to The Secret History of the Jesuits

Edmund Paris The Secret History of the Jesuits 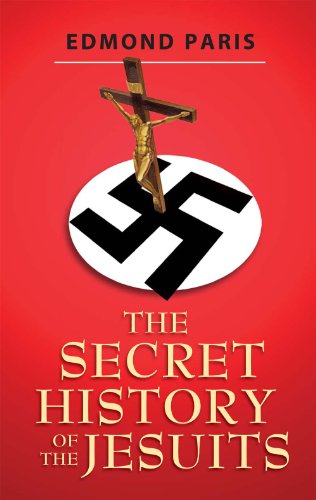 Secrets the Jesuits don't want you to know

Out of Europe, a voice is heard from the secular world that documents historically the same information told by ex-priests. The author exposes the Vatican's involvement in world politics, intrigues, and the fomenting of wars throughout history. It appears, beyond any doubt, that the Roman Catholic institution is not a Christian church and never was. The poor Roman Catholic people have been betrayed by her and are facing spiritual disaster. Paris shows that Rome is responsible for the two great world wars.
Older editions of this classic work were usually photo reproductions of the original, but this edition is completely retypset in an easy to read modern typeface.

Author Edmond Paris explains why he wrote this book...

"In fact, the part they took in those tragic events has hardly been mentioned until the present time, except by apologists eager to disguise it. It is with the aim of rectifying this and establishing the true facts that we present in this and other books the political activity of the Vatican during the contemporary -- activity which mutually concerns the Jesuits."

"This study is based on irrefutable archive documents, publications from well-known political personalities, diplomats, ambassadors and eminent writers, most of whom are Catholics, even attested by the imprimatur."

THE SECRET HISTORY OF THE JESUIT