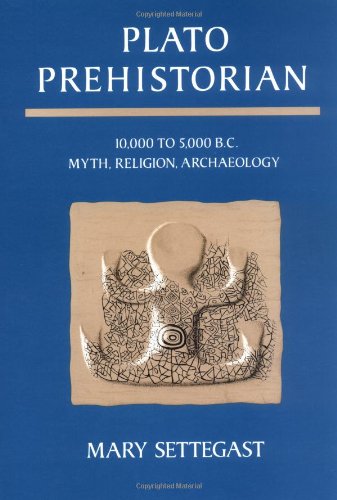 In his Timaeus and Critias dialogues, Plato wrote of two ancient civilizations that flourished more than 9000 years before his time. Socrates accepted the account as true, and modern archaeological techniques may yet prove him right. In a synthesis of classical and archaeological scholarship, Mary Settegast takes us from the cave paintings of Lascaux to the shrines of Catal Huyuk, demonstrating correspondences both to Plato's tale and to the mystery religions of antiquity. She then traces the mid-seventh millennium impulse that revitalized the spiritual life of Catal Huyuk and spread agriculture from Iran to the Greek peninsula -- at precisely the time given by Aristotle for the legendary Persian prophet Zarathustra, for whom cultivation of the earth was a religious imperative.

'A highly original and completely fascinating look at the shore between myth and history.' --William Irwin Thompson 'A gradual revolution is under way which will have far-reaching consequences and this book is the valuable tool in that process. It was Plato who wrote about Atlantis first, he got it from his grandfather Solon when in Egypt. This book looks at the references to Timaeus and Critaeus and links it to archeaology examining in detail the links. It cogently argues the case for the mythic histories to be in fact not fable but fact. A book of scholarly clarity to jog our sense of historic complacency.' -- Baelder Pan-European Journal, Spring 2002