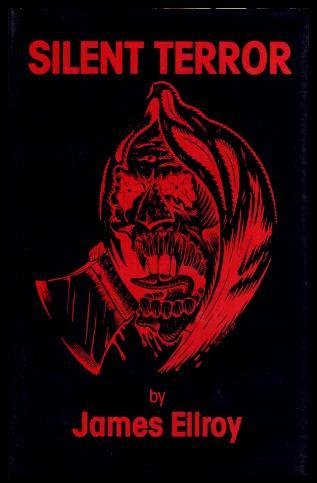 1953-1983: 30 years of American society, from the hope of Eisenhower's presidency, to the kinky flower generation, through the death of the dream, Charles Manson, the beginning of the twisted nightmare and the moral backlash of the 80s. One Man's crimes span these years and the length and breadth of America. Martin Michael Plunkett - of genius level intelligence, articulate, ruthless, yet deranged sex killer. And beneath his calm veneer, rage voices implanted in his mind in one of the defing and deeply buried moment of his life, a moment so shocking that it takes him thirty years to bring it back into his consciousness. Sentenced to life in Sing Sing prison, Plunkett begins his autobio-graphical memoir, an account of more than fifty killing that made him America's most wanted serial killer and its greatest enigma. His account will drive even those who brought him to justice to despair.

"Ellroy is the author of some of the most powerful crime novels ever written" * Frank Rich, New York Times * "The most distinctive crime writer of his generation" * John Williams, Sunday Times * "Ellroy has produced some of the best crime fiction written this century, Hammett and Chandler included" * Chris Sullivan, Loaded *

Book Description Los Angeles Blood & Guts Press February 1987 (stated), 1987. Condition: Fine. LIMITED EDITION of the First Edition (so stated), numbered '341' of a total edition of 350 hardcover copies SIGNED and NUMBERED by the author. Publisher's black boards with red lettering to spine and red endpapers. Clear, removable, archival protective sleeve fitted to dust-jacket. Octavo. pp. [10], 286. The paperback edition, entitled 'Killer on the Road' was published by Avon Books, a division of The Hearst Corporation. The first printing is stated to have been 'October 1986'. Jacket design by Patricia and Craig Graham. A book in Fine condition in a Fine dust-jacket. Seller Inventory # 101207

Book Description Blood & Guts Press. Hardcover. Condition: Fair. A readable copy. All pages are intact, and the cover is intact. Pages can include considerable notes-in pen or highlighter-but the notes cannot obscure the text. An ex-library book and may have standard library stamps and/or stickers. At ThriftBooks, our motto is: Read More, Spend Less. Seller Inventory # G0940941007I5N10

Book Description Blood & Guts Press, 1986. Hardcover. Condition: Like New. Dust Jacket Condition: Like New. First Edition, stated; First Pri. #120 of 350 copies, signed by Ellroy on the limitation page. The binding is tight and the corners are sharp. Text is clean and unmarked. The illustrated dust jacket is in a mylar cover. Signed by Author. Seller Inventory # CHAPell4st

Book Description Blood & Guts Pr, 1986. Condition: Good. A+ Customer service! Satisfaction Guaranteed! Book is in Used-Good condition. Pages and cover are clean and intact. Used items may not include supplementary materials such as CDs or access codes. May show signs of minor shelf wear and contain limited notes and highlighting. Seller Inventory # 0940941007-2-4

Book Description Blood Abd Guts Press, Los Angeles, Ca., 1987. Hardcover. Condition: Fine. Dust Jacket Condition: Fine. First Editiom. LOS ANGELES:BLOOD AND GUTS PRESS.ONE OF 350 HARDCOVER COPIES.AS NEW IN DW.SIGNED BY ELLROY.THIS COPY IS UNIQUE IN THAT IT WAS INSCRIBED ON THE FRONT FREE END PAPER BY ELLROY WITH A PORNOGRAPHIC DEPICTION OF HIS DOG IN WHICH HE REFERS TO THE DRAWING AS AN AUTHOR SELF PORTRAIT. Signed by the Author. Signed and Numbered. Seller Inventory # lrleOS507