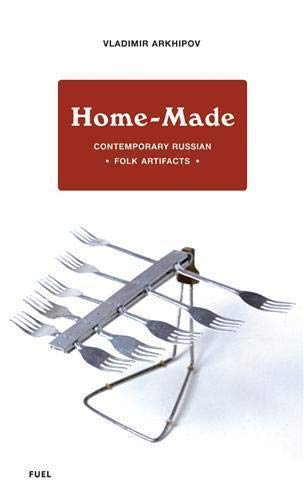 The clever, bizarre and poignant DIY housewares that fill the pages of Home-Made: Contemporary Russian Folk Artifacts have stories to tell. They communicate the textures of the lives of ordinary Russians during the collapse of the Soviet Union, they highlight alternatives to factory design and disposable goods, and they speak volumes about what goes on in other people's homes--how they spend and scrimp, how they make do. Home-Made highlights the best of the everyday objects made by ordinary Russians during and around the time of the Soviet Union's decline. Many were inspired by a lack of access to manufactured goods. Among the hundreds of idiosyncratic constructions for inside and outside the home are a back massager from a wooden abacus, a television antenna from unwanted forks, and a tiny bathtub plug from a boot heel. The author is himself a self-taught artist: he began exhibiting his own objects and installations in 1990, and collecting and cataloging these everyday, utilitarian objects handmade from modern materials a dozen years ago, in 1994. He accompanies each invaluable artifact with a photograph of the maker and his or her story. Foreward by Susan B. Glasser of the Washington Post Foreign Service.