Items related to The Red Tenda Of Bologna

The Red Tenda Of Bologna 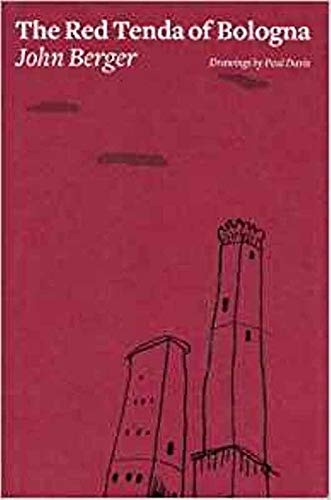 "The subtle story is about a man who, in the Italian city of Bologna, tries to revive the dim memories of an uncle who he was able to get on well with. In a the traditional Bolognese drapery store, he buys three metres of red fabric which is used in the city for awnings. It was after all, the colour which his uncle took particular liking to. Drawbridge's Drawings Editor Paul Davis was responsible for the illustrations in the book. ''His brilliant drawings provided some fixed points to the counterbalance Berger's musings on memory. The story is a kind of sleepwalk through the streets of Bologna, with various buildings and scenes evoking a man's childhood memories. The illustrations act as fragments of these memories, although they do not all relate directly to the text,''

1. The Red Tenda Of Bologna

2. The Red Tenda Of Bologna

Shipping: US$ 7.71
From United Kingdom to U.S.A.
Destination, rates & speeds

3. The Red Tenda of Bologna

Shipping: US$ 35.10
From United Kingdom to U.S.A.
Destination, rates & speeds