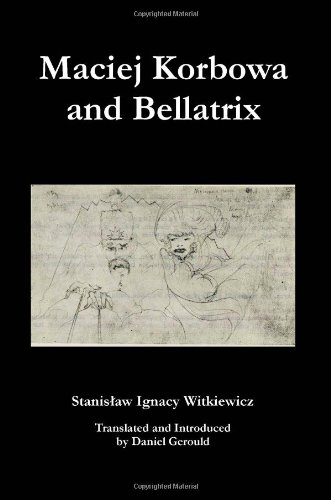 Witkacy's first play, written in 1918 following his four years of service as a Tsarist officer, Maciej Korbowa and Bellatrix portrays the disintegration of the Russian empire and the coming of revolution seen as a theatrical spectacle. A psychotic guru known as the Master, Maciej Korbowa, aided by his gender-shifting alter-ego Bellatrix, presides over a secret club of disciples addicted to drugs, alcohol, and sado-masochistic orgies and leads this band of metaphysical desperados and decadent artists no longer able to create on a philosophical quest for absolute Nothingness-until he finally betrays them all to the revolutionary Sailors of Death. This strange and haunting drama, bursting with violence, rage, and anguish, is a seminal work for understanding Witkacy, who frequently returns to its characters and themes in creating his later works.