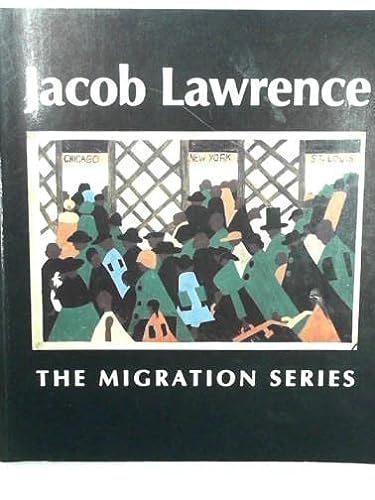 Leah Dickerman is a Curator in the Department of Painting and Sculpture at The Museum of Modern Art, New York.

Elsa Smithgall is a Curator at The Phillips Collection, Washington, D.C.

Elizabeth Alexander is a poet, essayist, playwright, and professor in the Department of African American Studies at Yale University, CT. Alexander wrote and presented the inaugural poem at President Barak Obama's first inauguration ceremony in January 2009.

Rita Dove is the Commonwealth Professor of English at the University of Virginia, a former U.S. Poet Laureate (1993-1995), and a winner of the Pulitzer Prize for Poetry (1987).

Nikky Finney is the John H. Bennett, Jr. Chair in Southern Letters and Literature at the University of South Carolina. She is also the winner of the National Book Award for Poetry (2011).

Terrance Hayes is a Professor of English at Carnegie Mellon University, PA and the winner of the National Book Award for Poetry (2010). In 2014 Terrance was awarded a MacArthur genius award.

Tyehimba Jess is an Assistant Professor of English at the College of Staten Island, City University of New York.

Yusef Komunyakaa is a Global Distinguished Professor of English at New York University and the winner of the Pulitzer Prize for Poetry (1994).

Jodi Roberts is a Curatorial Assistant in the Department of Painting and Sculpture at MoMA.

Patricia Spears Jones is a New York City-based poet. Her work was included in The Best American Poetry 2000, edited by Rita Dove.

Natasha Trethewey is the U.S. Poet Laureate (2012-present), and the Robert W. Woodruff Professor of English and Creative Writing at Emory University, GA. She is the winner of the Pulitzer Prize for Poetry (2007).

Lyrae Van Clief-Stefanon is an Associate Professor at Cornell University, NY. She is also the winner of the National Book Award for Poetry (2009).

Crystal Williams is the Associate Vice President and Chief Diversity Office and Professor of the English Department at Bates College, ME.

Kevin Young is the Atticus Haygood Professor of English and Curator of the Raymond Danowski Poetry Collection at Emory University. He is the winner of the PEN/Open Book award (2013) and Finalist for the National Book Award (2003).

Dickerman describes the Migration Series, fittingly, as a mode of history painting. The current century’s catalogue of continuing violence against African Americans telegraphs that the structural inequality Lawrence documents is not confined to the past and that the “whole of America” has yet to absorb the lessons he aimed to teach. (Anne Monahan CAA Reviews)

Thus, for many readers, the most powerful pages will inevitably be the 60 panels themselves, the deceptively childlike distillation of history and of the hopes and dreams propelling the movement that produced him. This family of images are together again as Lawrence wished them to be, as enduring now as the day he set them on gesso. (Isabel Wilkerson The New York Times Book Review)

Two impressions stand out. One is the terrifying obstinacy of racial injustice on the eve of the Second World War. The other is the moral grit that was needed to overcome it. In context, "Migration" appears as a hinge of the national consciousness: inward to the untold history of African-Americans and outward to the enlightenment of the wide world. It would not have worked were it not superb art, but it is. Melding modernist form and topical content, the series is both decorative and illustrative, and equally efficient in those fundamental, often opposed functions of painting. (Peter Schjeldahl The New Yorker)

Lawrence used a deceptively simple structure – 60 small tempera paintings, each with its own caption – to tackle difficult political subjects, from bias in the criminal justice system to race riots in St. Louis. Many of the panels feel particularly resonant today. (Julia Halperin The Art Newspaper)

Since 1941, when the renowned African-American painter Jacob Lawrence unveiled The Migration of the Negro, the 60-panel masterpiece has been divvied up between New York City's Museum of Modern Art and the Philips Collection in Washington, D.C., and has rarely been viewed in its entirety. For the first time in 20 years, the paintings–scenes from the decades-long exodus from the rural Jim Crow South to the industrial North–will be reunited at MOMA as the centerpiece of the can't-miss exhibition "One-Way Ticket: Jacob Lawrence's Migration Series and Other Visions of the Great Movement North." (The Editors Details)