Items related to On Solid Ground 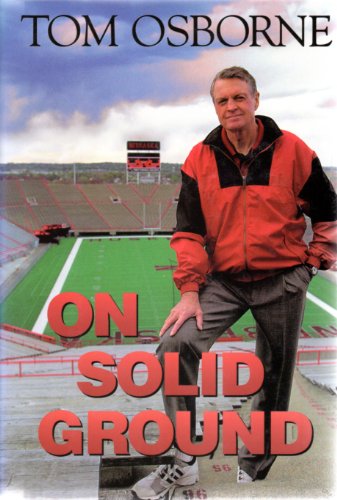 It looks like about a fine copy of the book and the jakcet but the front blank endpaper has been razor--bladed out and it went through to the next page and razored neatly it almost out. Inscribed in felt pen by the author on that page: "Best wishes Lex Tom Osborne."

Tom Osborne was head coach for the University of Nebraska football team for twenty-five years, during which the Huskers won three national championships. After he retired from coaching in 1997, Osborne served Nebraska’s third district in the House of Representatives for six years and now works as the athletic director at the University of Nebraska–Lincoln. He is the author of More Than Winning, available in a Bison Books edition. Gordon Thiessen is a publisher, photographer, speaker, and author of several books, including Beyond the Headlines, The Mark of a Champion, and The Assembly Line.