Items related to The Organic Gospel 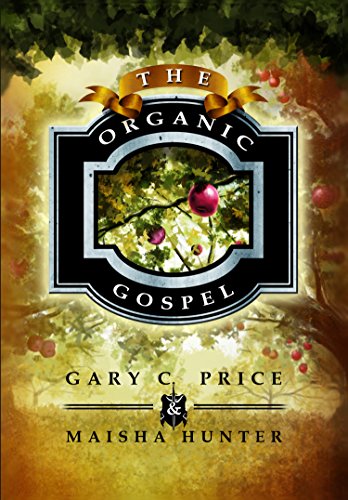 What if God desires to have His word sown as seed into your heart so that the very nature of His Son, Jesus Christ, is conceived in you?

What if the objective of salvation is for this conceived nature to grow out of you, transforming you into the image of Christ by the Holy Spirit?

What if everything in the world s systems - including religion - is designed to stop this process from occurring in your life?

What if the time is fast approaching when God's manifested sons will be revealed to the world and you have not sanctified yourself so that this seed sown can mature to full stature within you?

What if I am right and you never come to understand that the very essence of the Gospel of Jesus Christ is organic?

Mark 4: 26-29
And he said, So is the Kingdom of God, as if a man should cast seed into the ground; and should sleep, and rise night and day, and the seed should spring and grow up, he knoweth not how. For the earth bringeth forth fruit of herself; first the blade, then the ear, after that the full corn in the ear. But when the fruit is brought forth, immediately he putteth in the sickle, because the harvest is come.

Gary C. Price
Pastor Gary C. Price is the Senior Pastor of Omega Church and Ministries Center located in Atlanta, Georgia. He has been ministering to the Body of Christ under an anointing that deals specifically with the bondage of the inner-man.

Pastor Price believes that the present day Church has lost the vision that Jesus Christ imparted to the Apostles before He departed to be enthroned with His Father. He also believes that the Church must be brought to repentance and humility through self denial in order for God to move in these last days. When listening to his words many have received the revelations of a prophetic voice calling the Church back to patriarchal authority and obedience to the Holy Spirit.

His ministry began in 1984 after God prophetically called him to remove barriers that Satan has constructed to separate God from His people. The main barrier to be removed, he believes, is religious bondage to man-centered organizations. He has diligently sought the Lord for guidance on how to go about initiating the end-time deliverances to set the Body of Christ free.

Maisha Hunter
Maisha Hunter is a wife and mother of three who writes regularly for The Latter Days Ministry. She also spent 10 years as co-owner of the Christian publishing company, Remnant Publishing House.

Raised as a devout Roman Catholic, Maisha committed herself to participating in the sacraments and being an active parishioner. Yet all of these religious works gave her no power to cease from sin and brought her no closer to truly knowing the Lord.

Tired of the hypocrisy and perversion in her own life and in the Catholic Church at large, she cried out in desperation to the Lord and said, If this is the Church, then I am better off in the world. God, if you are real then I am asking you to reveal yourself to me. If you don t, then I might just stop believing altogether. God answered her prayer.

The Lord led her to purchase a Bible as well as other resources, and the Holy Spirit began to open her eyes to His word as she began to study the Scriptures. Since that time, Jesus has taken her on a journey to learn the difference between bondage to religion versus liberty through relationship with Him. Where the Spirit of the Lord is, there is liberty.