Items related to Cotton Field of Dreams: A Memoir

Cotton Field of Dreams: A Memoir 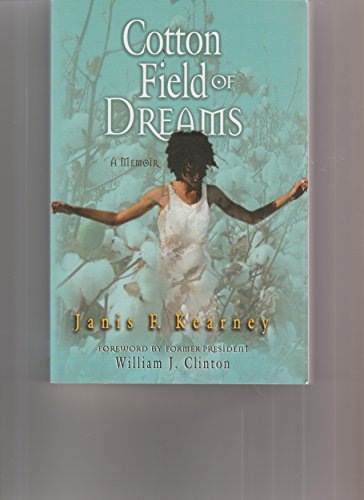 Cultural Writing. Memoir. African-American Studies. COTTON FIELD OF DREAMS is Janis F. Kearney's poignant memoir of the journey that led her from the cotton fields of Lincoln County, Arkansas, to the West Wing of the White House, where she served as diarist to former President William Jefferson Clinton. "Our hearts are warmed by stories [such] as this one: under-educated African-American sharecroppers pushing their children to achieve academically, then seeing them reach amazing pinnacles of success. From their parents, the Kearney children absorbed a powerful conviction: They were neither better nor less than any other human beings. This conviction gave them the self confidence to move far beyond their difficult beginnings"--William Jefferson Clinton. "Well-written, COTTON FIELD OF DREAMS is a welcome addition to libraries, seamlessly weaving lyrical prose and poignant human drama to entice the reluctant and satisfy the mature to read"--Roland Barksdale-Hall.

Janis F. Kearney, a native of the southeast Arkansas delta, is a writer, lecturer and oral historian who served as personal diarist to President William Jefferson Clinton and was publisher of the award-winning Arkansas State Press Newspaper, formerly owned by civil rights legend Daisy Gatson Bates, of the 1957 Central High Crisis.

1. Cotton Field of Dreams: A Memoir

2. Cotton Field of Dreams: A Memoir

3. COTTON FIELD OF DREAMS: A MEMOIR