Items related to Letter on the Search for Awakening 1930-1944 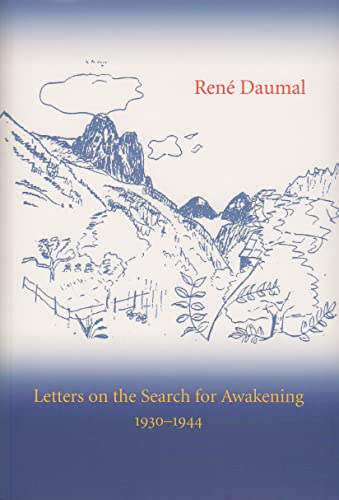 René Daumal was a born seeker, but even born seekers need sources, inspiration and method, all of which he found in the teaching of George Ivanovich Gurdjieff, first through his contact with Alexandre de Salzmann, later through sustained work with Jeanne de Salzmann and Gurdjieff himself.In the autumn of 1930, Daumal met and recognized this teaching. The 1930s were kind to him. Increasingly celebrated as a writer, he pursued his spiritual search, found gifted friends and colleagues, met his future wife, Vera Milanova & and set aside time to climb in the Alps. The 1940s were unkind. Impoverished, recently diagnosed with tuberculosis and suffering from the scarcities imposed by the Nazi occupation of France, he continued to write with still more depth and warmth & and continued his correspondence with friends and teachers near and far.René Daumal has come to be recognized since his death in 1944 as an incandescent example of self-realization. Rather than fading with the passage of time, his words today are even more resonant: the culture of our time, the questions of our time, have caught up with him. These are letters to us.