Items related to Colom of Catalonia: Origins of Christopher Columbus... 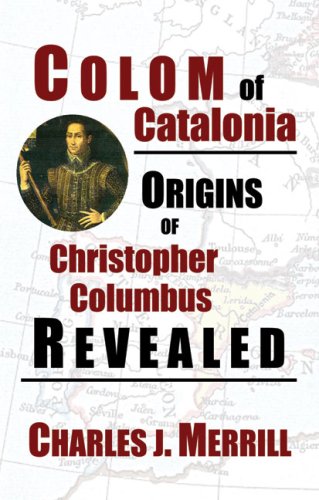 Long overdue in the eyes of many scholars, this comprehensive examination into the life of Christopher Columbus rehearses the many alternative theories of Columbus’s origins and the objections each has to the Italian theory of his birth. School children around the world are taught that Christopher Columbus was Italian, or, more precisely, a Genoese who sailed to the New World for the Spanish only because that country’s sovereigns gave him the money for the project; many scholars throughout history, however, have cast doubt onto this version of the explorer’s story. After digging up these counter-cultural theories and discussing their individual merits and prejudices, this scholarly investigation selects the theory most likely to be true: Christopher Columbus was a Catalan, born in the principality of Catalonia, a member of a family hostile to the dynasty that ruled his newly united country.

Charles J. Merrill is an associate professor of foreign languages at Mount Saint Mary's Seminary in Emmitsburg, Maryland. He lives in Frederick, Maryland.

"It has been speculated that . . . Columbus was not Italian. Merrill . . . takes up the case that Columbus was from . . . Catalonia. Absolute proof is unlikely . . . but Merrill's argument is solid."  —Book News Inc.

"This is not the first time a Catalan nationality has been claim[ed] for Columbus . . . but Merrill . . . argues convincingly."   —College & Research Libraries News