Items related to The Nisse Book 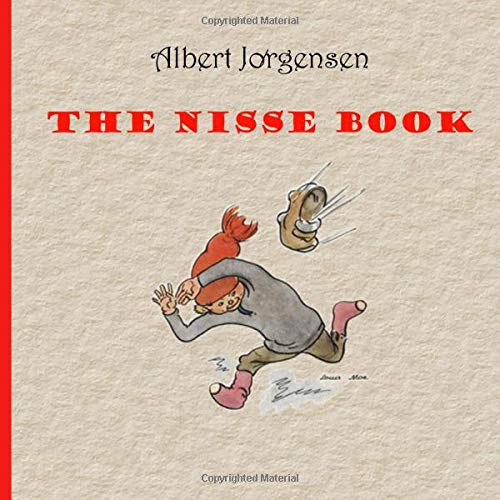 A delightful children's book about a Danish farm family and the Nisse that brings them luck and takes good care of them. Nisser are small invisible people of Danish (and Norwegian) folktales, known for their hard work and iconic red hats. However, if they don't receive their yearly wage of a bowl of Christmas porridge they become very angry and play tricks on their human families. This collection of charming stories by Albert Jřrgesen was first published in Danish as "Nissebogen" in 1935. The text of this English translation by Anne Ipsen is faithful to the original and includes the numerous original ink drawings by Louis Moe, famous for his imaginative illustrations of many classical Christmas books for children.

Translators Note:
When I was a little girl, I lived in Denmark and Nissebogen (Danish for The Nisse Book) was one of my favorite books. I imagined that an invisible Nisse family lived with us right in the city. When I was older, I and my Nisser, moved to the United States with my mother and father, only no one here had ever heard of them. I have translated these stores into English to share them with my grandchildren and other American children, so they can learn about these creatures, their loyalty and hard work, but also their troubles and bad tempers. So here are Nissefar and his family, and their adventure on a Danish farm with their human family, long long, ago when life was simpler but people much the same...
I want to explain a little about Danish: "Nisse" is one person, "Nisser" is more than one. Danish children call their parents "Mor" and "Far" which I have translated as "Mom" and "Dad" for human parents but left "Nissemor" and "Nissefar' because they sound better.
If you want to read more stories about Nisser or Tomten, as they are called in Swedish, here are some suggestions: Winter Frostby Michelle Houts, The Nisse from Timsgaardby Virginia Allen Jensen, The Tomtenand The Tomten and the Foxby Astrid Lindgren, The Tomte's Christmas Porridge by Sven Nordkvist, and in the longer Gnomesby Will Huygen and Rien Poortvliet.
Anne Ipsen
Cambridge, Massachusetts 2018