Items related to Angel Face: Sex, Murder and the Inside Story of Amanda...

Angel Face: Sex, Murder and the Inside Story of Amanda Knox 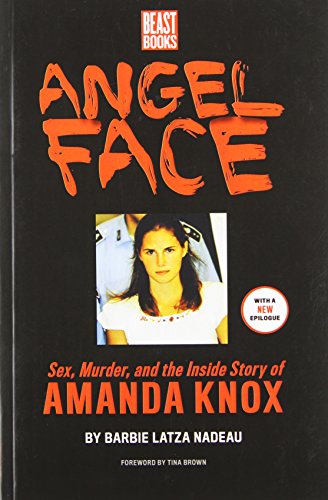 Despite all the airtime devoted to Amanda Knox, it’s still hard to reconcile the fresh-faced honor student from Seattle with the sexually rapacious killer convicted of the November 2007 murder of her British roommate. Few Americans have heard all of the powerful evidence that convinced a jury that Knox was one of three people to sexually assault Meredith Kercher, brutalize her body, and cut her throat. In Angel Face, Rome-based Daily Beast senior writer Barbie Latza Nadeau – who cultivated personal relationships with the key figures in both the prosecution and the defense – describes how the Knox family’s heavy-handed efforts to control media coverage distorted the facts, inflamed an American audience, and painted an offensive, inaccurate picture of Italy’s justice system. An eye-opener for any parent considering sending a child away to study, Angel Face reveals what really went on in this incomprehensible crime.

As a senior writer for The Daily Beast, Barbie Latza Nadeau provided weekly reports on the Amanda Knox case and trial throughout 2008 and 2009. She is also a regular contributor to Newsweek and a frequent commentator on CNN and the BBC. A fourteen-year resident of Rome, she has reported from Italy on everything from natural disasters to papal investitures.

Linda Fairstein, author and former sex crimes prosecutor
“Angel Face is a brilliant postmortem of the most fascinating and disturbing true crime in recent memory.”

John Guare, playwright
“Armchair detectives of the world, unite! Angel Face is the book you’ve been waiting for.”

Marcia Clark, former L.A. District Attorney and legal commentator
“Well-researched and beautifully written, even if you’re not a true-crime buff, this book is a must-read!”

1. Angel Face: Sex, Murder and the Inside Story of Amanda Knox

2. Angel Face: Sex, Murder and the Inside Story of Amanda Knox

3. Angel Face: Sex, Murder and the Inside Story of Amanda Knox