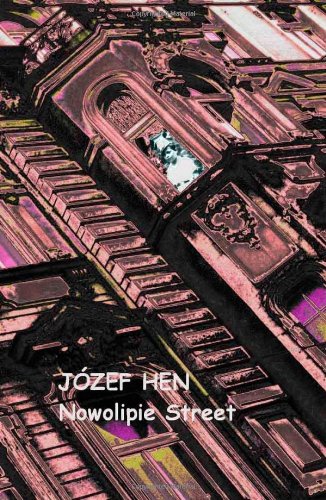 Józef Hen's memoir is about growing up in a middle-class Jewish family in Warsaw during the 1920s and 1930s, up through the first few months of the German occupation. Nowolipie Street, where Hen lived as a child and young adult, is both the happy background and the source material for his narration. The story of his youth is vividly presented as remembered and retold by Hen in loving detail. This world is shattered when Germany invades Poland. The author and his family live through the horror of the incessant bombardment of Warsaw and the chaos of the next few months. Slowly but inexorably, the noose begins to tighten around the Jewish population. Eventually, the sixteen-year-old author makes the agonizing decision to leave his parents and flee his country.

Józef Hen, born in 1923 in Warsaw as Józef Henryk Cukier, is one of the most highly regarded Polish writers of his generation. Following the outbreak of World War II, he escaped from Poland to the East before he joined the Polish Army in exile. He was a war correspondent and published his first poem in a magazine for soldiers, the Soldier's Voice. During the war he lost several close relatives. Nowolipie Street is Hen's first book to be translated into English. The book was translated earlier into Italian and German, and it was reprinted last year in Poland. Other works by Hen have been translated into numerous languages. He has also written scripts for several Polish movies and TV series and was a film director. Autobiographical elements play a prominent role in Hen's works and he is known for his intriguing comments on history and culture.

Nowolipie Street, a fantastic memoir of how one young Polish man s life was changed forever by the horrific events of World War II, will deeply impact its readers. The author begins by tracing memories of his childhood, the early years of his education, and the years leading up to the Second World War. He then recounts his family s heart-wrenching experiences.

The horrors of war are dramatically highlighted by Hen s descriptions of simple beauty of Polish urban daily life during the 20s and 30s. However, the author does not merely speak in generalities. Hen uses a generous smattering of anecdotes to give readers a glimpse into the life of his family. For instance, he writes, When I was very young, the rhythm of life in our courtyard was determined by holidays. Later, in the thirties, more and more families surreptitiously began avoiding the tradition, and many forms of religious life disappeared. In this way, Hen skillfully shows the reader the life of the average Jewish Pole during this time in history through the lens of his specific experience.The author s style is quiet and nostalgic. He effectively portrays the innocence of a Jewish Polish boy s pre-war world and the drama of a child s universe through charming descriptions of episodes of daily life. For instance, he tells of a play during which he was so taken by the stage set that he forgot to play his part and, instead stood stock-still, amazed, in front of a surprised audience. He writes, Eventually, I was jostled off the stage. Mother blushed for the shame of it all, and Mr. Director gave me a talking-to. I know I cried after that, defeated again. Life could be unbearable sometimes. The emotion and pettiness of this story and others against the backdrop of the actual events that followed, highlights the tragedies Hen describes. The author also effectively utilizes foreshadowing throughout his story.Dark premonitions scattered throughout pleasant scenes provide premonitions of the horrors to come and draw the reader into the emotion of the memoir.For instance, Hen describes his family s dearly beloved vacation villa and the custodian, Jozef, who cared for it. But he concludes the tale on a dark note, describing the family s decision to sell their villa and noting, Apparently Jozef was taken to Auschwitz, from which he never returned.Hen, the author of several other books and short stories and a Jewish survivor of World War II, has written a striking memoir. He brings together his artistic prowess and personal experience in this beautiful volume.Nowolipie Street is valuable as a historical account, and as a rich example for the genre.5 out of 5 starClarion ReviewEmily Adams

There can never now again be a memoir of the lost Jewish world of interwar Warsaw to compare to this generously detailed and beautifully crafted study of childhood by Józef Hen. This is to be savored and treasured and preserved.

--Timothy Snyder Harvard Professor and author of Bloodlands: Europe Between Hitler And Stalin