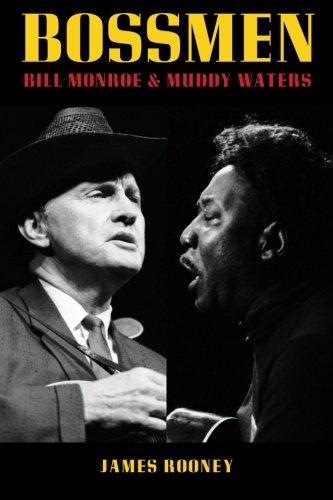 Every field has its "bossman"--the one who sets the style and makes the rules. In bluegrass and early country music the man was Bill Monroe. In the world of urban blues, the man was Muddy Waters. Using their own words and dozens of remarkable photographs by David Gahr, Carl Fleischhauer and John Byrne Cooke, James Rooney compares and contrasts the careers of these two bossmen. Both grew up in remote rural areas. Muddy Waters heard field hollers, church music, jubilees, shouts, string band music, and the raw sound of the delta blues; for Bill Monroe it was square dance music, hymns, old country ballads and the fiddling of his Uncle Pen Vandiver. Both brought their music to the big cities: Bill to Nashville, Muddy to Chicago. Musicians who passed through their bands went on to form bands of their own, giving rise to the worlds of Bluegrass and Chicago Blues. But this is more than a book about music; it is a book about black and white America. In microcosm, it is almost a history of this country; and it sets up striking comparisons that cut deep into our heritage and ways. In the words of Pete Seeger: "Anyone in the world wanting to understand American music could well start right here."

James Rooney has been involved in music ever since he first appeared on the WCOP "Hayloft Jamboree" as a teenager in Boston in 1954. He has been a musical partner of banjoist Bill Keith for over fifty years and played an important part in the folk revival of the ‘60’s, managing the legendary Club 47 in Cambridge, Mass, and then becoming a Director of and the talent coordinator for the Newport Folk Festival. In 1970 Jim moved to Woodstock, NY, where he managed the Bearsville Sound Studios for Albert Grossman and was a member of The Woodstock Mountains Revue. Since 1976 Jim has worked in Nashville, TN as a musician, songwriter, recording engineer, Grammy-winning record producer and partner in a successful music publishing company, Forerunner Music. Jim is best known for his record production with Nanci Griffith, John Prine, Iris Dement, Hal Ketchum, Tom Paxton, Tom Rush, and Peter Rowan. In 2009 he received a “Lifetime Achievement Award” from the Americana Music Association for his work as an engineer/producer. In addition to Bossmen Jim also co-wrote Baby, Let Me Follow You Down: The Illustrated Story of the Cambridge Folk Years with Eric Von Schmidt. (Univ. of Massachusetts Press)