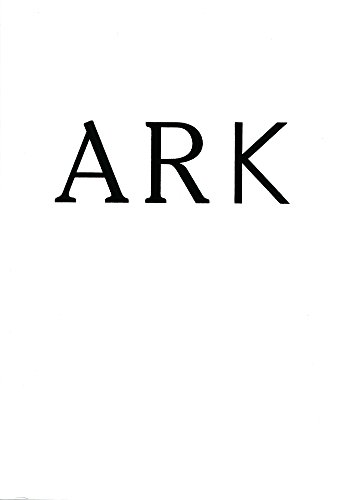 "ARK is a metaphysical poem that could only have been written in our time, of which it displays a new vision. It is a late harvest of seeds sown by Blake, L. Frank Baum, the Bible, and Zukofsky, all in a new architecture, a wholly new voice, and even a new chemistry of words and images. It is for those who can see visions, and for those who know how to look well and be taught that they can see them."—Guy Davenport

Ronald Johnson's rewarding and difficult masterpiece ARK begins with a sparrow's pinwheeled view of the sun rising and the stars fading. Johnson uses the bird, "able to see the seed beneath its bill--and at the same instant the hawk descending," as a point of departure for 99 intertwined lyric constructions of eye, ear, and mind--a tangible hymn to beauty. The poem's concrete arrangement and nonce forms demand a reader's full attention; like Milton's heavily Latinate rhetoric in Paradise Lost, Johnson's style is as disorienting as it is rewarding. One becomes a carpenter erecting the Ark's foundations, spires, and ramparts.

This is a singular work of art, though it has roots in the esoteric American tradition that spawned Henry Thoreau, Charles Ives, and folk artist-architects such as James Hampton and Sam Rodia, whose Watts Towers adorn the book's cover. Johnson explains in an introduction that ARK is "literally an architecture ... fitted together with shards of language, in a kind of cement of music." Earlier books like Valley of the Many Colored Grasses and Book of the Green Man only hint at the grand scheme of ARK, which was originally published as three separate books beginning in 1980. His patience in its writing comes across in the way each line is a formal challenge charged with possibility. He himself recalls the universe of the book's epigraph, from Edward Dahlberg: "The universe is a slumbering animal that has visions." Johnson worked the last years of his life in a Topeka, Kansas, public garden and died at 61 from brain cancer in early 1998, but the continuous, active presence of his voice in ARK ensures that he will be remembered for decades to come. --Edward Skoog

Distributed by The University of New Mexico Press