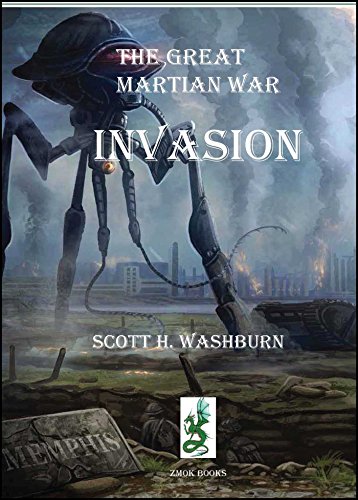 Follow-up to HG Wells War of the Worlds

Following the Initial Martian Invasion pictured in, The War of the Worlds, the Martians launch a secondary invsion force.  In the United States President Theodore Roosevelt tries to muster the best and brightest minds in he United States to thwart the alien invasion and buy the world time.

Scott Washburn is an architectural designer by profession, an avid reader of military history as well as long time re-enactor and wargamer.  He has written the first three books in the “Great Martian War” series, the author of The Terran Consensus and has contributed short stories to the “Beyond the Gates of Antares” books.