Items related to On Immunity 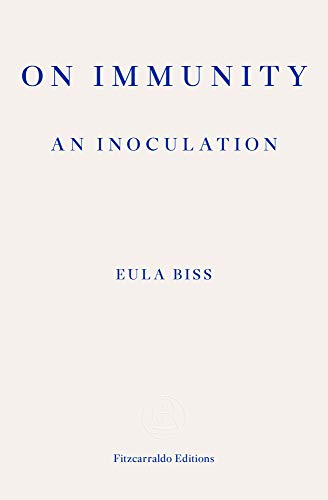 On Immunity: An Inoculation
(Eula Biss)

Eula Biss is the author of THE BALLOONISTS and NOTES FROM NO MAN'S LAND: AMERICAN ESSAYS, which received the Graywolf Press Nonfiction Prize and the National Book Critics Circle Award in Criticism. Her essays have appeared in THE BEST AMERICAN NONREQUIRED READING and THE BEST CREATIVE NONFICTION, as well as in the BELIEVER and HARPER'S. Her writing has been supported by fellowships from the Guggenheim Foundation, the Howard Foundation, and the National Endowment for the Arts. Biss holds a BA from Hampshire College and an MFA in nonfictionwriting from the University of Iowa. She teaches at Northwestern University and lives in Chicago.

`ON IMMUNITY is brave because it will attract hostility from those she implies are selfish or misguided in refusing to vaccinate. Her arguments are profoundly compelling, and her narratives are braided together with beauty and elegance. The book is itself an inoculation - it grafts and unites different traditions of the essay, and in doing so creates something stronger and more resilient. And its urgent message is an inoculation against ignorance and fearmongering: may it spread out through the world, bringing substance and common sense to the vaccination debate.' - Gavin Francis, GUARDIAN