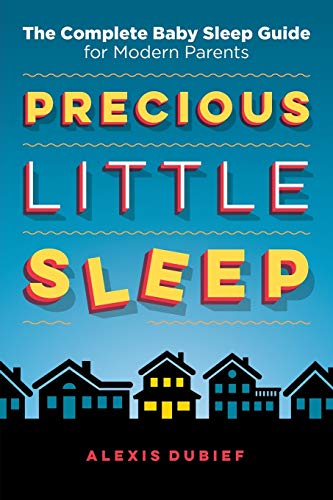 Parenting a baby or toddler is the grandest adventure of all when you’re not miserably exhausted. Sleep expert Alexis Dubief, of the wildly popular website Precious Little Sleep, imparts effective, accessible, and flexible strategies based on years of research that will dramatically improve your child’s sleep, detailing 7 methods to teach your baby to sleep so that you can find what works best for your family

This book will help you tackle the thorniest sleep snags, including:

If you’re looking for practical solutions to improve your child’s sleep in a book that won’t put you to sleep, this is for you!

Alexis Dubief gave birth to her first child in 2006 and quickly realized that sleep or a lack thereof was suddenly the bane of her existence. Yet no book, website, or community seemed to have ready answers. Figuring that this shouldn t be so hard, she spent the next five years researching and analyzing infant and child sleep. Combining scientific evidence with insights gleaned from working with thousands of families, she founded the Precious Little Sleep blog/podcast in 2011. In just a few short years, this passion project meant to demystify baby sleep blossomed into a popular online destination for sleep-starved parents from all over the world, garnering millions of hits annually and inspiring a loyal following. Dubief holds a Master of Finance and an MBA from the University of Colorado. A trail runner and Spartan racer, she writes and rabble rouses near Burlington, VT, with her husband and their two boys who are growing up faster than she would like.

Dubief's book is as no-nonsense yet funny and compassionate as the blog that led to it. It's the most thorough book on baby sleep out there that relies heavily on the evidence, doesn't force advice on parents or patronize them, and, above all, doesn't pile on the guilt. Dubief speaks with an authority borne of experience and relying heavily on the most current scientific research -- without the bias of cherrypicking studies found in so many other baby sleep books. With super-short, digestible sections and lists galore, the book is specially formatted for the reduced cognitive abilities of the most sleep-deprived zombie-parents. And since almost no new parent can read a book cover-to-cover, a quick guide even suggests what to read first based on the reader's situation. Dubief's anecdotes reassure parents that they're not alone but that hope exists for a (quasi-)normal life again. Her upbeat, understanding tone never speaks over parents' heads or down to them. In short, she gets it. And for that, every reader will be grateful. -- Tara Haelle, coauthor of The Informed Parent: A Science-Based Resource for Your Child's First Four Years