Items related to Kip and Shadow 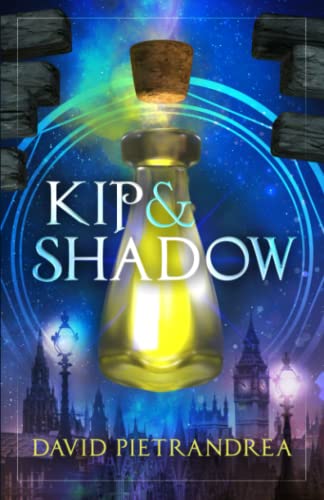 Kip is the last remaining steward of Alchemy House, a place older than the bones of London. It’s a house he shares with his spirit friend, Shadow, as they work to explain the supernatural and test the boundaries of life itself. But Kip’s work has been interrupted--by the death of his love, the grief that came after...And the voice in the basement.It whispers through a hole carved in the earth. It speaks of a world below London, a Pale World where the dead wait for the living. It’s a place where Kip can find the one thing he wants the most: the antidote for death.But there are other Houses in London and other people who want this power. Now it’s a race to uncover the secrets of the Pale World, to find the antidote to death, or destroy both worlds in the process. Can Kip cure death and bring back his beloved, or will he be trapped forever in a dead world, a Pale World?Kip and Shadow is a world-jumping adventure set in Victorian London and beyond. A story about magic, love, and alchemy.