Items related to The Heath Anthology of American Literature: Volume... 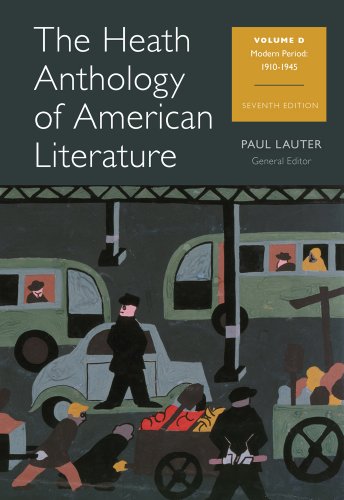 Paul Lauter is the Smith Professor of Literature at Trinity College. He has served as president of the American Studies Association and is a major figure in the revision of the American literary canon.

Dr. Daniel Heath Justice (Cherokee Nation) is associate professor of First Nations Studies and English at the University of British Columbia. In addition to numerous essays on Indigenous literature and cultural history, he is the author of Our Fire Survives the Storm: A Cherokee Literary History, and the Indigenous fantasy epic, The Way of Thorn and Thunder: The Kynship Chronicles.

"Heath has the most comprehensive approach that I have seen. I often use my Heath texts when I need additional information or readings on a particular author of theme. I also look through thematic approach for ideas on structuring my own course."

"I think that the Heath is well adapted to the field of literary studies as it currently stands. It is certainly my favorite anthology for this period. I'm a big fan!"