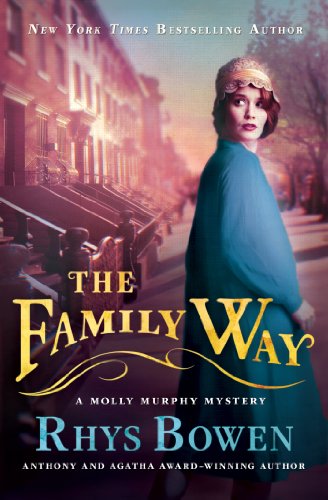 Molly Murphy―now Molly Sullivan―is a year into her marriage, expecting her first child, and confined to the life of a housewife. She's restless and irritable in the enforced idleness of pregnancy and the heat of a New York summer in 1905. So when a trip to the post office brings a letter addressed to her old detective agency asking her to locate a missing Irish serving maid, Molly figures it couldn't hurt to at least ask around, despite her promise to Daniel to give up her old career as a detective. On the same day, Molly learns that five babies have been kidnapped in the past month.

Refusing to let Molly help with the kidnapping investigation, Daniel sends her away to spend the summer with his mother. But even in the quiet, leafy suburbs, Molly's own pending motherhood makes her unable to ignore these missing children. What she uncovers will lead her on a terrifying journey through all levels of society, putting her life―and that of her baby―in danger.

RHYS BOWEN is the author of the Anthony and Agatha Award–winning Molly Murphy mysteries, the Edgar Award-nominated Evan Evans series, and the Royal Spyness series. Born in England, she lives in San Rafael, California.