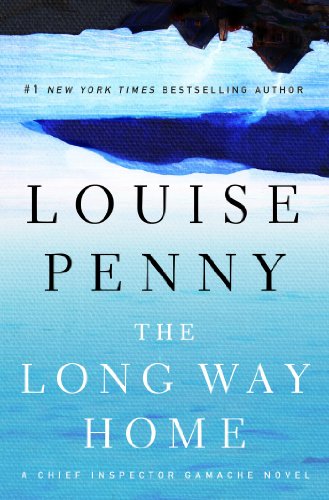 Happily retired in the village of Three Pines, Armand Gamache, former Chief Inspector of Homicide with the Sűreté du Québec, has found a peace he'd only imagined possible. On warm summer mornings he sits on a bench holding a small book, The Balm in Gilead, in his large hands. "There is a balm in Gilead," his neighbor Clara Morrow reads from the dust jacket, "to make the wounded whole."

While Gamache doesn't talk about his wounds and his balm, Clara tells him about hers. Peter, her artist husband, has failed to come home. Failed to show up as promised on the first anniversary of their separation. She wants Gamache's help to find him. Having finally found sanctuary, Gamache feels a near revulsion at the thought of leaving Three Pines. "There's power enough in Heaven," he finishes the quote as he contemplates the quiet village, "to cure a sin-sick soul." And then he gets up. And joins her.

Together with his former second-in-command, Jean-Guy Beauvoir, and Myrna Landers, they journey deeper and deeper into Québec. And deeper and deeper into the soul of Peter Morrow. A man so desperate to recapture his fame as an artist, he would sell that soul. And may have. The journey takes them further and further from Three Pines, to the very mouth of the great St. Lawrence river. To an area so desolate, so damned, the first mariners called it the land God gave to Cain. And there they discover the terrible damage done by a sin-sick soul.

An Amazon Best Book of the Month, August 2014: In her previous novel, the international bestseller How The Light Gets In, Louise Penny left her embattled homicide inspector, Armand Gamache, in the idyllic village of Three Pines, on the edge of a new phase of life: retirement. At the start of The Long Way Home, the tenth in Penny’s wildly popular Inspector Gamache series (you can buy “Vive Gamache” t-shirts and mugs from Penny’s website), Gamache and his wife are finally at peace, mixing among the quirky, testy inhabitants of Three Pines. But recovery would make for a dull book, so trouble soon finds Gamache when his neighbor Clara seeks help finding her missing husband, who left town in a funk over Clara’s success as an artist. In dragging Gamache from his reverie, Clara realizes she’s awakened something in the ex-chief. There’s a mythic heft to the story--man can’t escape the past, or evil, or death. Though the descent into darkness, and the search for a “sin-sick soul,” at times felt overly ominous, I liked Penny’s exploration of art, jealousy, and the lengths to which people will go to create something that matters. But, as with the entire series, it’s Penny’s chiseled characters that make this novel such a treat. Three Pines is a cozy, friendly place, but even amid the picturesque pines of southern Quebec, sin and sick souls are always lurking. --Neal Thompson

Book Description Hardcover. Condition: New. Dust Jacket Condition: New. 1st Edition. Signed by author on title page in black marking pen. Clara Morrow's husband is missing. When he fails to come home on the first anniversary of their separation, as promised, Clara asks the only person she trusts to try and find him: former Chief Inspector of Homicide, Armand Gamache. As Gamache journeys further into the case, he is drawn deeper into the tortured mind of Peter Morrow, a man so desperate to recapture his fame as an artist that he would sell his soul. As Gamache gets closer to the truth, he uncovers a deadly trail of jealousy and deceit. Can Gamache bring Peter, and himself, home safely? Or in searching for answers, has he placed himself, and those closest to him, in terrible danger? THE LONG WAY HOME was nominated for the Anthony, Macavity, and Agatha Awards as Best Novel (and also as Best Contemporary Novel by the Agatha Awards.) New, pristine, unread, first edition, first prinintg, in flawless, new, mylar-protected dust jacket. {Not remainder-marked or price-clipped{ M111. Signed by Author(s). Seller Inventory # 024608