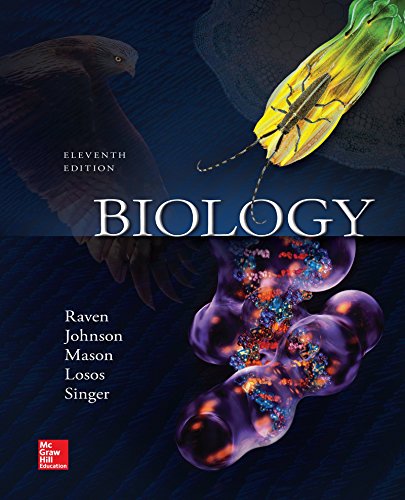 Committed to Excellence in the Eleventh Edition. This edition continues the evolution of Raven & Johnson's Biology. The author team is committed to continually improving the text, keeping the student and learning foremost. The integrated pedagogical features expand the students' learning process and enhance their learning experience. This latest edition of the text maintains the clear, accessible, and engaging writing style of past editions with the solid framework of pedagogy that highlights an emphasis on evolution and scientific inquiry that have made this a leading textbook for students majoring in biology. This emphasis on the organizing power of evolution is combined with an integration of the importance of cellular, molecular biology and genomics to offer our readers a text that is student friendly and current.
Our author team is committed to producing the best possible text for both student and faculty. The lead author, Kenneth Mason, University of Iowa, has taught majors biology at three different major public universities for more than fifteen years. Jonathan Losos, Harvard University, is at the cutting edge of evolutionary biology research, and Susan Singer, Carleton College, has been involved in science education policy issues on a national level. All three authors bring varied instructional and content expertise to this edition of Biology.

Susan Singer is the Laurence McKinley Gould Professor of the Natural Sciences in teh dpartment of biology at Carleton College in Northfield, Minnesota, where she has taught introductory biology, plant biology, genetics, plant development, and developmental genetics for 20 years. Her research interests are focused on the development and evolution of flowering plants. Singer has authored numberous scientific publications on plant development, contributed chapters to developmental biology texts, and is actively involved with teh education efforts of several professional societies. She received the American Society of Plant Biology's Excellence in Teaching Award, serves on teh National Academies Board on Science Education, and chaired the NRC study committee that produced America's Lab Report.

Jonathan Losos is a Monique and Philip Lehner Professor for the Study of Latin America in the Department of Organismic and Evolutionary Biology and Curator of Herpetology at the Museum of Comparative Zoology at Harvard University. Losos's research has focused on studying patterns of adaptive ratiation and evolutionary diversification in lizards. The recipient of several awards including hte prestigious Theodosius Dobzhansky and David Starr Jordan Prizes for outstanding young evolutionary biologists, Losos has published more than 100 scientific articles.

Kenneth A. Mason received his undergraduate degree in Molecular Biology from the University of Washington, worked at UC Berkeley, then pursued his PhD in Genetics at UC Davis. He has taught Gentics, Microbial Genetics, Microbiology, Advanced Molecular Genetics, Introductory Biology, and a Genetics Laboratory that he designed.

George B. Johnson, Ph.D., is a professor of biology at Washington University in St. Louis and a professor of genetics at the university's School of Medicine. He is a prolific author of life science texts and curriculum products in a variety of media. New to his list of works are the Explorations of Human Biology CD-ROM and the textbook Human Biology, both offered by Wm. C. Brown Publishers. Johnson is acknowledged as an authority on population genetics and evolution variability, and he has published more than 50 research papers dealing with these and related topics. Visitors to the St. Louis Zoo can appreciate Johnson's work in the Living World, the educational center of which he is the founding director.

Peter H. Raven, Ph.D., is director of the Missouri Botanical Garden and Engelmann professor of botany at Washington University at St. Louis. He oversees the garden's internationally recognized research program in tropical botany--one of the world's most active in the study and conservation of imperiled tropical habitats. Raven's botanical research and work in the area of tropical conservation have earned him numerous honors and awards, including a MacArthur Fellowship. He has written 17 textbooks and more than 400 articles, and he is a member of th National Academy of Science and the National Research Council.

Book Description McGraw-Hill Education, 2016. Softcover. Condition: New. ***International Edition***Soft cover/Paperback*** Textbook printed in English. ***Brand New***. Most international edition has different ISBN and Cover design. Some book may show sales disclaimer such as "Not for Sale or Restricted in US" on the cover page but it is absolutely legal to use. All textbook arrives within 5-7business days. Please provides valid phone number with your order for easy delivery. Seller Inventory # dp9781259188138

Book Description McGraw-Hill Education, 2016. soft cover. Condition: New. International Edition. No supplemental materials. International Editions may have a different cover or ISBN but generally have the exact same content as the US edition, just at a more affordable price. In some cases, end of chapter questions may vary slightly from the US edition. International Editions are typically printed in grayscale, and likely will not have any color throughout the book. New. Books ship from multiple locations depending on availability. All orders are shipped with tracking information. We take pride in our customer service. Please contact us if you have any questions regarding this listing. Seller Inventory # 15666