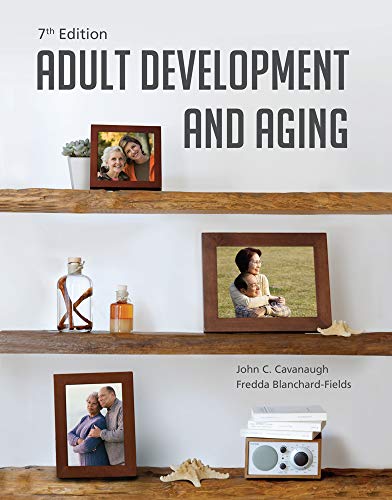 Written within a bio-psychosocial framework, Cavanaugh and Blanchard-Fields' best-selling book covers the specific ages-stages of adult development and aging. In its unparalleled coverage of current research and theory, the authors draw clear connections between research and application. The book's focus on "positive aging" and the gains and losses people experience across adulthood distinguish it from its competitors.

John C. Cavanaugh is President and CEO of the Consortium of Universities of the Washington Metropolitan Area. He received his undergraduate degree from the University of Delaware and his Ph.D. from the University of Notre Dame. Cavanaugh is a fellow of the American Psychological Association, the Association for Psychological Science, and the Gerontological Society of America, and has served as president of the Adult Development and Aging Division (Division 20) of the APA. Cavanaugh has also written (with the late Fredda Blanchard-Fields) ADULT DEVELOPMENT AND AGING. His research interests in gerontology concern family caregiving as well as the role of beliefs in older adults' cognitive performance.

Fredda Blanchard-Fields, Ph.D., is Professor of Psychology and Chair of the department at Georgia Institute of Technology. Her current research interests include social cognition in adulthood and aging as well as everyday problem solving and emotion regulation from adolescence through older adulthood. She has been published in Psychology and Aging, Developmental Psychology, Current Directions in Psychological Science, and other journals. She is a fellow of both the American Psychological Association and the Gerontological Society of America and a member of the American Psychological Society, the Society for Research and Child Development, and the Psychonomics Society.

1. Adult Development and Aging (Textbook ONLY) US Edition