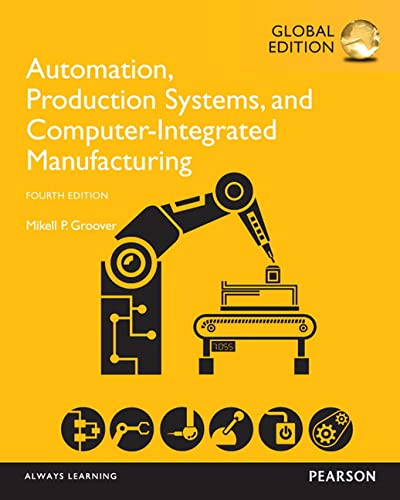 Mikell P. Groover is Professor Emeritus of Industrial and Systems Engineering at Lehigh University, where he taught and did research for 44 years. He received his B.A. in Arts and Science (1961), B.S. in Mechanical Engineering (1962), M.S. in Industrial Engineering (1966), and Ph.D. (1969), all from Lehigh. His industrial experience includes several years as a manufacturing engineer before embarking on graduate studies at Lehigh.

His teaching and research areas include manufacturing processes, production systems, automation, material handling, facilities planning, and work systems. He has received a number of teaching awards at Lehigh University, as well as the Albert G. Holzman Outstanding Educator Award from the Institute of Industrial Engineers (1995) and the SME Education Award from the Society of Manufacturing Engineers (2001). His publications include over 75 technical articles and 12 books (listed below). His books are used throughout the world and have been translated into French, German, Spanish, Portuguese, Russian, Japanese, Korean, and Chinese. The first edition of Fundamentals of Modern Manufacturing received the IIE Joint Publishers Award (1996) and the M. Eugene Merchant Manufacturing Textbook Award from the Society of Manufacturing Engineers (1996).

Dr. Groover is a member of the Institute of Industrial Engineers (IIE) and the Society of Manufacturing Engineers (SME). He is a Fellow of IIE and SME.

Book Description Paperback. Condition: New. This is printed on High-Quality acid free paper "Brand New International Edition" Textbook which has different ISBN and Cover design than US Edition but same contents as the US edition. Some book may show sales disclaimer such as "Not for Sale or Restricted in US" on the cover page but it is absolutely legal to use. ** Not low quality India edition.** CD/DVD or access codes may not be included. Seller Inventory # GB201901141

Book Description 2015. Paperback. Condition: New. Global ed of 4th revised ed. Paperback. Automation, Production Systems, and Computer-Integrated Manufacturing is appropriate for advanced undergraduate/ graduate-level courses in Automation, Production Systems, and Computer-Inte.Shipping may be from multiple locations in the US or from the UK, depending on stock availability. 816 pages. 1.340. Seller Inventory # 9781292076119

Book Description 2015. Paperback. Condition: New. Global ed of 4th revised ed. Paperback. Automation, Production Systems, and Computer-Integrated Manufacturing is appropriate for advanced undergraduate/ graduate-level courses in Automation, Production Systems, and .Shipping may be from our Sydney, NSW warehouse or from our UK or US warehouse, depending on stock availability. 816 pages. 1.340. Seller Inventory # 9781292076119