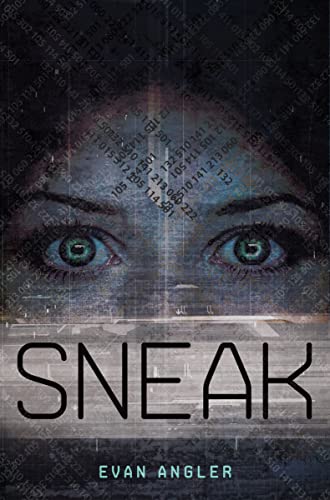 In a future United States under the power of a charismatic leader, everyone gets the Mark at age thirteen. The Mark lets citizen shop, go to school, and even get medical care―but without it, you are on your own. Few refuse to get the Mark. Those who do . . . disappear.

Logan Langly went in to get his Mark, but he backed out at the last minute.  Now he’s on the run from government agents who will stop at nothing to capture him. But Logan is on a mission to find and save his sister, Lily, who disappeared five years ago on her thirteenth birthday, the day she was supposed to receive her Mark.

Logan and his friends, a group of dissenters called the Dust, discover a vast network of the Unmarked, who help them travel safely to the capital city where Lily is imprisoned. Along the way, the Dust receives some startling information from the Markless community, opening their eyes to the message of Christianity and warning that humanity is now entering the End of Days.

When the Dust finally arrives in the capital, it seems that all their careful planning is useless against a government that will do anything to bend its citizens to its will. Can the gentle words Logan has found in a tattered, banned Bible really stand against the most powerful military the world has ever known? Can Logan even sacrifice his own freedom, choosing to act through faith alone?

Evan Angler is safe, for now. He lives without the Mark, evading DOME and writing in the shadows of Beacon. But if anyone asks, you know nothing about him. Don't make eye contact if you see him. Don't call his name out loud. He's in enough trouble already. And so are you, if you read his books.

Gr 7 Up-Logan Langly is keeping the dystopian saga started in Swipe (Thomas Nelson, 2012) moving forward. Before receiving the Mark that would allow him the status to buy food, go to the doctor, and enjoy all the rights of being an American Union citizen, he backed out and went on the run. Struggling to survive as he makes his way along an underground network, he is determined to find his sister, Lily, who also disappeared before receiving her Mark. The teen teams up with a group of "Markless" misfits as they travel toward the capital city through obstacle after obstacle, trying to rescue Lily, discover the truth about the Mark, and learn more about a banned book called the Bible. Sneak is a page-turner. Angler keeps the story moving at a quick pace, emphasizing the teens' trials and tribulations, but it is difficult to follow without having read the first in the series. The large cast of characters seems excessive and their lack of defined personalities makes them tricky to remember. The story's Christian elements are potentially too marginalized for readers seeking Christian fiction and a little out of place for those looking for dystopian fiction.-Emily Chornomaz, Camden County Library System, NJα(c) Copyright 2011. Library Journals LLC, a wholly owned subsidiary of Media Source, Inc. No redistribution permitted.