Items related to Genes, Culture, and Human Evolution: A Synthesis 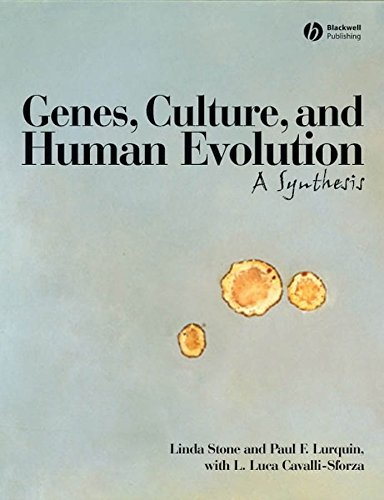 Genes, Culture, and Human Evolution: A Synthesisis a textbook on human evolution that offers students a unique combination of cultural anthropology and genetics.

Drawing links between genetic and cultural development, this textbook on human evolution offers students a unique combination of cultural anthropology and genetics.


For too long, cultural anthropology and science have been portrayed as antagonistic. The authors believe that this is misguided and that recent findings in genetics and anthropology indicate that, to the contrary, a fruitful analysis of human culture and evolution demands. integration of these fields of study. This text unifies cultural and genetic concepts: Genes, Culture, and Human Evolution demonstrates that empirical genetic evidence, based on modern DNA analysis and population studies, provides an excellent foundation for understanding human cultural diversity.

Linda Stone is Professor of Anthropology at Washington State University. She has produced over 25 scholarly publications, including 8 books.

Paul F. Lurquin is Professor of Genetics at Washington State University. He is the author and coauthor of over 100 scholarly publications, including 6 books.