Items related to Troy: From Homer's Iliad to Hollywood Epic 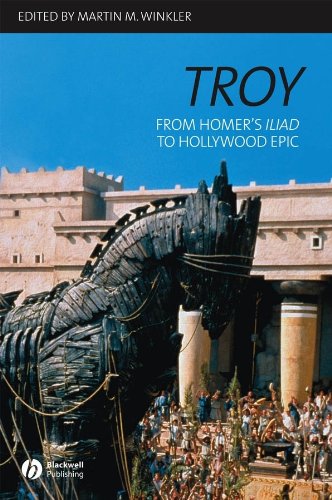 This is the first book to examine systematically Wolfgang Petersen’s epic film Troy from archaeological, literary, cultural, and cinematic perspectives. The collection addresses the most important aspects of the film: its use of Homer’s Iliad and the myth of the Trojan War, its presentation of Bronze-Age archaeology, its modern political overtones, and its place in film history with regard to both previous epics on the Trojan War and the director’s own earlier work.


The book explains why, despite or perhaps because of the liberties the film takes with ancient myth, literature, and archaeology, Troy has found huge worldwide audiences. For those who wish to explore the subject further, the book includes an annotated list of feature films and television films and series episodes on the Trojan War.

Martin M. Winkler is Professor of Classics at George Mason University. Most recently he has edited the essay collections Classical Myth and Culture in the Cinema (2001) and Gladiator: Film and History (Blackwell, 2004).

Shipping: US$ 9.63
From United Kingdom to U.S.A.
Destination, rates & speeds

Shipping: US$ 34.43
From United Kingdom to U.S.A.
Destination, rates & speeds

Shipping: US$ 20.65
From United Kingdom to U.S.A.
Destination, rates & speeds