Items related to The Encyclopedia of Eastern Orthodox Christianity,... 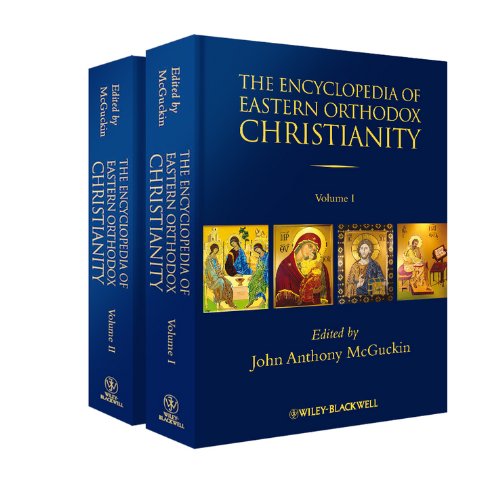 With a combination of essay-length and short entries written by a team of leading religious experts, the two-volume Encyclopedia of Eastern Orthodoxy offers the most comprehensive guide to the cultural and intellectual world of Eastern Orthodox Christianity available in English today.

The Encyclopedia of Eastern Orthodox Christianity is an outstanding reference work providing the first English-language multi-volume account of the key historical, liturgical, and doctrinal features of Eastern Orthodoxy, including the Non-Chalcedonian churches.

The Orthodox churches are extensive families of ancient Christianity that derive from apostolic times and took much of their external shape in the Byzantine era. Today they are reemerging after generations of suppression and state persecution in eastern Europe, and now have a growing presence in western Europe. Their voice is that of the largest single block of world Christians after contemporary Roman Catholics, but it is a voice, so far, largely unheard in the West.

Uniquely comprehensive, this two-volume reference work is compiled and edited by one of the leading scholars in the field, and brings together a large panel of internationally respected writers. It explores the major traditions of Eastern Orthodoxy in detail, including the Armenian, Byzantine, Coptic, Ethiopic, Slavic, Romanian, and Syriac churches. Spanning the period from late antiquity to the present, it encompasses key subjects such as history, theology, liturgy, monasticism, sacramentology, canon law, philosophy, folk culture, architecture, archaeology, martyrology, and hagiography. With helpful illustrations, it also includes a valuable Appendix outlining the foundational documents of Orthodox theology.

The Encyclopedia is structured alphabetically and is topically cross-indexed, combining essay-length articles and brief, informative notations on hundreds of topics central to the history and theology of Eastern Orthodoxy. This invaluable new work will appeal to both academic and ecclesiastical groups, and represents a major resource for anyone interested in exploring the full breadth of topics surrounding the Eastern Christian world.

John Anthony McGuckin is Nielsen Professor of Early Church History at Union Theological Seminary, and Professor of Byzantine Christian Studies at Columbia University in New York. A Stavrofor priest of the Romanian Orthodox Church in America, Professor McGuckin is the author of more than twenty books on religious and historical themes, including The Orthodox Church (Wiley-Blackwell, 2008), and is widely considered one of the leading experts on Early Christian and Eastern Orthodox traditions writing today.

Book Description Wiley-Blackwell, 2011. Condition: Good. A+ Customer service! Satisfaction Guaranteed! Book is in Used-Good condition. Pages and cover are clean and intact. Used items may not include supplementary materials such as CDs or access codes. May show signs of minor shelf wear and contain limited notes and highlighting. Seller Inventory # 1405185392-2-4

2. The Encyclopedia of Eastern Orthodox Christianity

3. The Encyclopedia of Eastern Orthodox Christianity