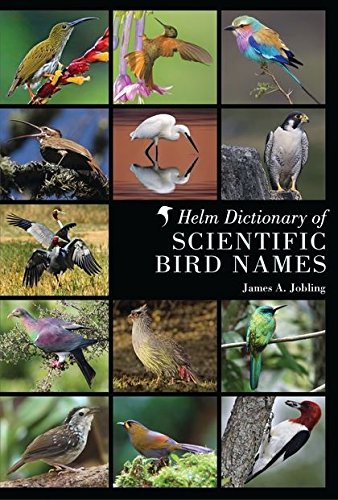 Many scientific bird names describe a bird's habits, habitat, distribution or a plumage feature, while others are named after their discoverers or in honour of prominent ornithologists. This extraordinary work of reference lists the generic and specific name for almost every species of bird in the world and gives its meaning and derivation. In the case of eponyms brief biographical details are provided for each of the personalities commemorated in the scientific names. This fascinating book is an outstanding source of information which will both educate and inform, and may even help to understand birds better.

James Jobling is a former civil servant with a lifelong interest in birds and their names.

'It is this vast translation work for which the author should be congratulated hugely.' Birdwatch (March 2010) 'This is a serious piece of academic work...yet anyone who's curious about "Latin" names should have this book. Highly recommended.' Cage & Aviary Birds (January 2011) 'a mine of information' Bulletin of the British Ornothologists Club (2010) 'superbly thorough...makes for fascinating browsing' Birdwatching Magazine (2010)