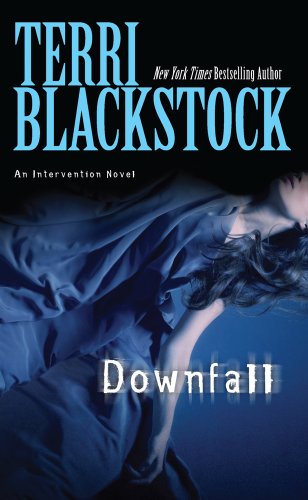 Despite Emily Covington's sobriety, her years of active drug addiction have made her the scapegoat for everything, including a murder, and now she must identify the real killer to clear her name and protect her family. (religious fiction).

Terri Blackstock spent the first twelve years of her life traveling in an Air Force family. She lived in nine states and attended her first four years of school in the Netherlands. Because she was a perpetual "new kid," her imagination became her closest friend. That, she believes, was the biggest factor in her becoming a novelist. She sold her first novel at the age of twenty-five, and has had a successful career ever since.In 1994, Terri was writing romance novels under two pseudonyms for publishers such as HarperCollins, Harlequin, and Silhouette, when a spiritual awakening prompted her to switch gears. At the time, she was reading more suspense than romance, and felt drawn to write about ordinary people in grave danger. Her newly awakened faith wove its way into the tapestry of her murder mysteries, offering hope instead of despair. The prevailing theme of her novels is that the crisis is sometimes the blessing, and that all of life is a test. Her goal is to entertain with page-turning plots, while challenging her readers to think and grow. She hopes to remind them that they're not alone, and that their trials have a purpose.Her latest bestselling book, Predator, has received rave reviews because it deals with the dangers of social networking and has encouraged readers to change their online habits. Other recent books include Intervention, a 2010 Carol Award winner and New York Times bestseller. She's also known for her popular Restoration Series, Newpointe 911 Series, SunCoast Chronicles series and Cape Refuge series.Terri makes her home in the deep south, where she and her husband enjoy their empty nest after raising three children. www.terriblackstock.com

“In the final novel of the Intervention series, Blackstock keeps the reader’s attention from the first page until the heart-stopping ending. It’s especially meaningful to follow the progress of drug-addicted Emily through her recovery and into a positive future.” (RT Book Reviews)

“Crisp prose, an engaging story, and brisk pacing make this thriller another home run for Blackstock. Recommend it to readers who enjoy material by Lynette Eason and Erin Healy.” (Library Journal)