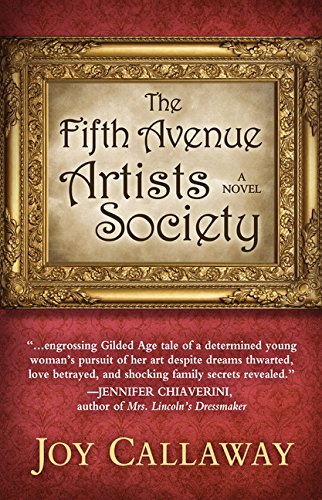 Four artistic sisters on the outskirts of Gilded Age New York high society are swept up by the eldest sister's heartbroken efforts to achieve literary success against a backdrop of two suitors from very different walks of life.

The Bronx, 1891. Virginia Loftin, the boldest of four artistic sisters in a family living in genteel poverty, knows what she wants most: to become a celebrated novelist despite her gender, and to marry Charlie, the boy next door and her first love.

When Charlie proposes instead to a woman from a wealthy family, Ginny is devastated; shutting out her family, she holes up and turns their story into fiction, obsessively rewriting a better ending. Though she works with newfound intensity, literary success eludes her until she attends a salon hosted in her brother s writer friend John Hopper s Fifth Avenue mansion. Among painters, musicians, actors, and writers, Ginny returns to herself, even blooming under the handsome, enigmatic John s increasingly romantic attentions.Just as she and her siblings have become swept up in the society, though, Charlie throws himself back into her path, and Ginny learns that the salon s bright lights may be obscuring some dark shadows. Torn between two worlds that aren t quite as she d imagined them, Ginny will realize how high the stakes are for her family, her writing, and her chance at love."

Joy Callaway lives in Charlotte, North Carolina, with her family. The Fifth Avenue Artists Society is her first novel.

Book Description Thorndike Press Large Print. Hardcover. Condition: GOOD. Spine creases, wear to binding and pages from reading. May contain limited notes, underlining or highlighting that does affect the text. Possible ex library copy, will have the markings and stickers associated from the library. Accessories such as CD, codes, toys, may not be included. Seller Inventory # 3120337388

Book Description Thorndike Press Large Print, 2016. Condition: Good. A+ Customer service! Satisfaction Guaranteed! Book is in Used-Good condition. Pages and cover are clean and intact. Used items may not include supplementary materials such as CDs or access codes. May show signs of minor shelf wear and contain limited notes and highlighting. Seller Inventory # 1410494071-2-4

Book Description Thorndike Press Large Print, 2016. Condition: Good. Lrg. Former Library book. Shows some signs of wear, and may have some markings on the inside. Seller Inventory # GRP107048937